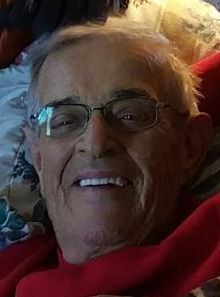 James was born on April 16, 1936 to Arnold and Henrietta (Jansen) Hietpas. On April 22, 1957 he was united in marriage to Florence Verbockel at St. Francis Hollandtown. Jim worked at Thilmany's for 37 years until his retirement at 55. He enjoyed spending time with his family at the cottage on Lake Poygan. Jim was an avid Packer and college football fan and loved his dogs and cats. He loved following his children, grandchildren and great grandchildren in their sporting events. Spending time with his hunting buddies at the Bain hunting cabin was always a special time. He also loved going to his son's hunting cabin in Iola. Fishing and hunting were among his favorite pastimes along with spending time in his workshop, he never sat still, Jim was always doing something. Jim was a member of St John Catholic Church in Little Chute most of his life and recently a member of Sacred Heart Catholic Church in Sherwood.

Jim, Florence and family would like to give his hospice nurse Barbie a special thank you for all the loving care she gave him, He kept saying he couldn't have got a better one.