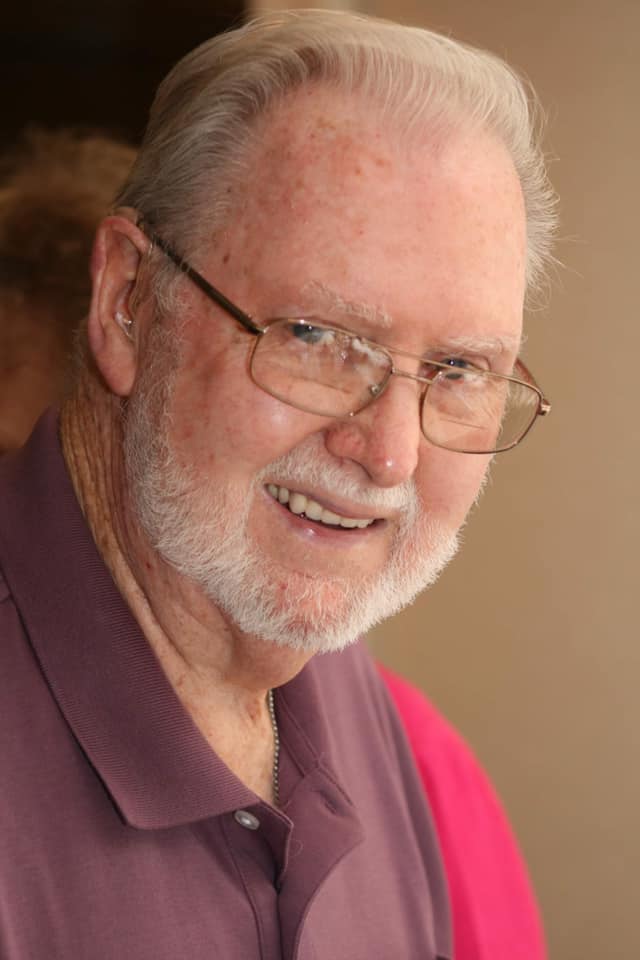 James (Jim) Edward Beatty, age 91, of Kaukauna, passed away in his home on Monday, October 26.

Jim was born in Philadelphia to Marguerite and Raymond Beatty on July 11, 1929. He went to Northeast Catholic High School. Following his graduation, Jim served in the Navy for four years during the Korean War. He earned his bachelor degree at Drexel University (Philadelphia, PA) and his master’s degree from the Institute of Paper Chemistry (Appleton, WI). He married his beloved wife, Jean (Waldau), on August 8, 1959, at the Holy Name of Jesus Catholic Church in Sheboygan.

Jim had a 35-year career as a chemical engineer for a number of paper companies including Appleton Coated and Kerwin Paper Company. In 1984 Jim made a trip to China with the People to People ambassador program representing the paper industry. He retired in 1994 and worked as an independent consultant for a few years. During that period, he made two trips to Indonesia helping them improve their paper-making processes. He was very active as a board member of the Technical Association of the Pulp and Paper Industry (TAPPI) and also belonged to the Paper Industry Management Association (PIMA). Jim was highly respected in his field and multiple times presented papers at professional conferences.

Jim served people in his church and community at large. As a long-time member of Holy Cross Parish, Kaukauna, Jim lectored and cantored at countless Masses. He was the head cook for the Oktoberfest chicken booyah for many years. He was an active member of the Knights of Columbus. Combining his love of cooking and compassion for people in need, Jim helped serve meals at the Emergency Shelter (now Pillars) and the Trinity Lutheran Church (Appleton) Loaves and Fishes meal program for many years after his retirement. Jim also enjoyed driving and delivering meals for the Meals on Wheels program and was a volunteer driver with Outagamie County taking children to school and people to appointments. Jim also cooked on Cursillo in Christianity retreats. He served on the board in the School District of Manawa, the Industrial Park Commission in Kaukauna, and the Community Blood Center in Little Chute.

Jim is preceded in death by his siblings Ray Beatty, Gerald Beatty, and Peggy Mansfield; his mother and father in law, Erna and P. Gustav Waldau; sisters in law Margaret Dresen and Carol Dugan; brothers in law Earl Kohlman and Delbert Skelton; and a stillborn daughter, Mary.

Jim loved to sing, to travel, to read and explore history. He loved body surfing on the beaches of Wildwood, New Jersey, from a boy onward. He also rowed competitively in his younger years. He enjoyed playing in a golf league with colleagues from Appleton Papers. Jim loved old western movies, the Discovery and History channels, and cheering on the Packers with his family. He loved taking his family camping, fishing, and hiking in the Wisconsin woods. He was a man of prayer and deeply devoted to his family.

In lieu of flowers, memorial gifts may be given to Pillars.

The funeral liturgy for Jim will be held on Saturday, October 31st at Holy Cross Catholic Church, 309 Desnoyer Street, Kaukauna, at 11:00 AM with Fr. Don Everts officiating and Deacon Steve Vande Hey  assisting. Visitation will be held at the church from 9:00 AM until the time of services. Burial will follow at Holy Cross Cemetery. The funeral liturgy for Jim can be viewed via livestream through his obituary page on wichmannfuneralhomes.com at 11:00 AM on Saturday, October 31st.