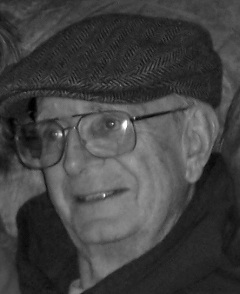 Age 73, passed away at home on Saturday, February 13, 2010. He was born in Superior, WI on March, 14, 1936 the son of the late James and Lillian (Larson) Clarke. Jim was proud to have served in the United States Navy. On May 2, 1969 he married Violet “Vi” Wilson. He worked for W. R. Grace as a designer and later at Pierce Manufacturing. Jim was an avid Packer Fan, loved watching all different kinds of movies with Vi and told us that it was important to say that if he were still alive, he would continue to vote Republican. He will be remembered for his positive outlook, his love for people, never knowing a stranger, and his love for life.

The memorial service will be at 11:00 a.m. on Friday, February 19, 2010 at ST. MATTHEW EV. LUTHERAN CHURCH, 129 S. Mason St., Appleton, with Rev. Paul T. Schuler officiating. Friends will be received at the church on Friday from 9:00 a.m. until the time of the service. Burial will be in Riverside Cemetery, Appleton.

The family extends a special thank you to Theda Care at Home Hospice for their compassionate care.

In lieu of flowers, memorials in Jim's name should be made out to St. Matthew Ev. Lutheran Church.