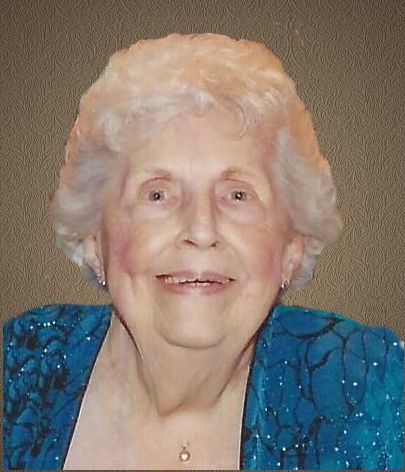 She is further survived by her in-laws: Marvin (Connie) Pagel, Lois (Lyle) Barth, John Pagel, David (Donna) Pagel, and Sally (Gerald) Tummett, as well as many nieces, nephews, cousins, and friends. She was preceded in death by her parents, her husband Robert, her son Mark, her sister Marjorie, her mother-in-law and father-in-law, a sister-in-law Hazel, a brother-in-law Kenneth, and a great-granddaughter Brooke.

A hard-working wife and mother, Jackie also enjoyed many hobbies, including gardening, crafts, and sewing. She was an active member of St. Margaret Mary Parish in Neenah and was a member of the Christian Mothers Society. She was also a member of the Red Hat Society, a Brownie Troop Leader, and enjoyed many summers at Oakwood Campsite in Waushara County.

The funeral liturgy for Jackie will be held at 11:00 AM on Tuesday, July 26, 2016 at ST. MARGARET MARY PARISH, 610 Division Street in Neenah, with Fr. Michael Ingold officiating. Interment will follow at Greenlawn Memorial Park. Family and friends are invited to gather at the church on Tuesday morning from 9:00 AM until the hour of the service. In lieu of flowers, memorials may be directed to St. Margaret Mary Parish or to Shriner's Hospitals for Children.