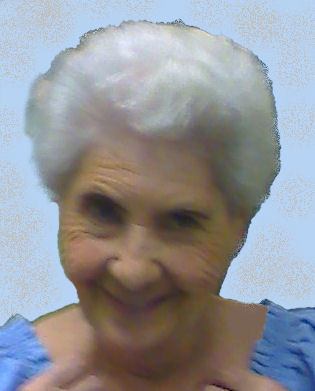 Jacqueline “Jackie” Ebbens, age 83, of Appleton, passed away peacefully on Saturday, February 2, 2013, at Prairie Home in Menasha after a long, hard fought battle with dementia. Jackie was the oldest of twelve children. She was born on May 4, 1929, in Iron Mountain, Michigan, to the late John and Vivian (Vanpae) Galeazzi. On June 7, 1947, she married George Ebbens in Iron Mountain. They then moved to Chicago, Illinois, and later Menasha and raised five children, enjoying 46 years of marriage. Children were her one true passion. She was a devoted sister, mother, grandmother and great grandmother and was a loyal and trustworthy caregiver to many children over her lifetime. Jackie enjoyed shopping, tending to her potted plants and flowers, watching golf, Packer games and the Michigan Wolverines. She made a mean pot of chili and loved going back home to Iron Mountain so she could visit and enjoy a delicious pasty.

The family wishes to express a special thank you to Dr. Craig Hendel at Encircle Health, Sarah and her incredible staff at Prairie Home Assisted Living‚ÄîHouse of Grace, Heartland Homecare and Heartland Hospice, and Leann and Mary from Home Instead Senior Care. All of them provided excellent tender loving care, compassion and companionship through this long, difficult journey.

Abiding by Jackie's adamant wishes, there will be no formal funeral services. However, the children will be gathering at Tanner's in Kimberly on Saturday, February 16th, 2013, at 2:00 p.m. to share a toast and a memory or two. Friends and family, please feel free to join us in this celebration of our mother's life. Online condolences may be offered at www.wichmannfargo.com