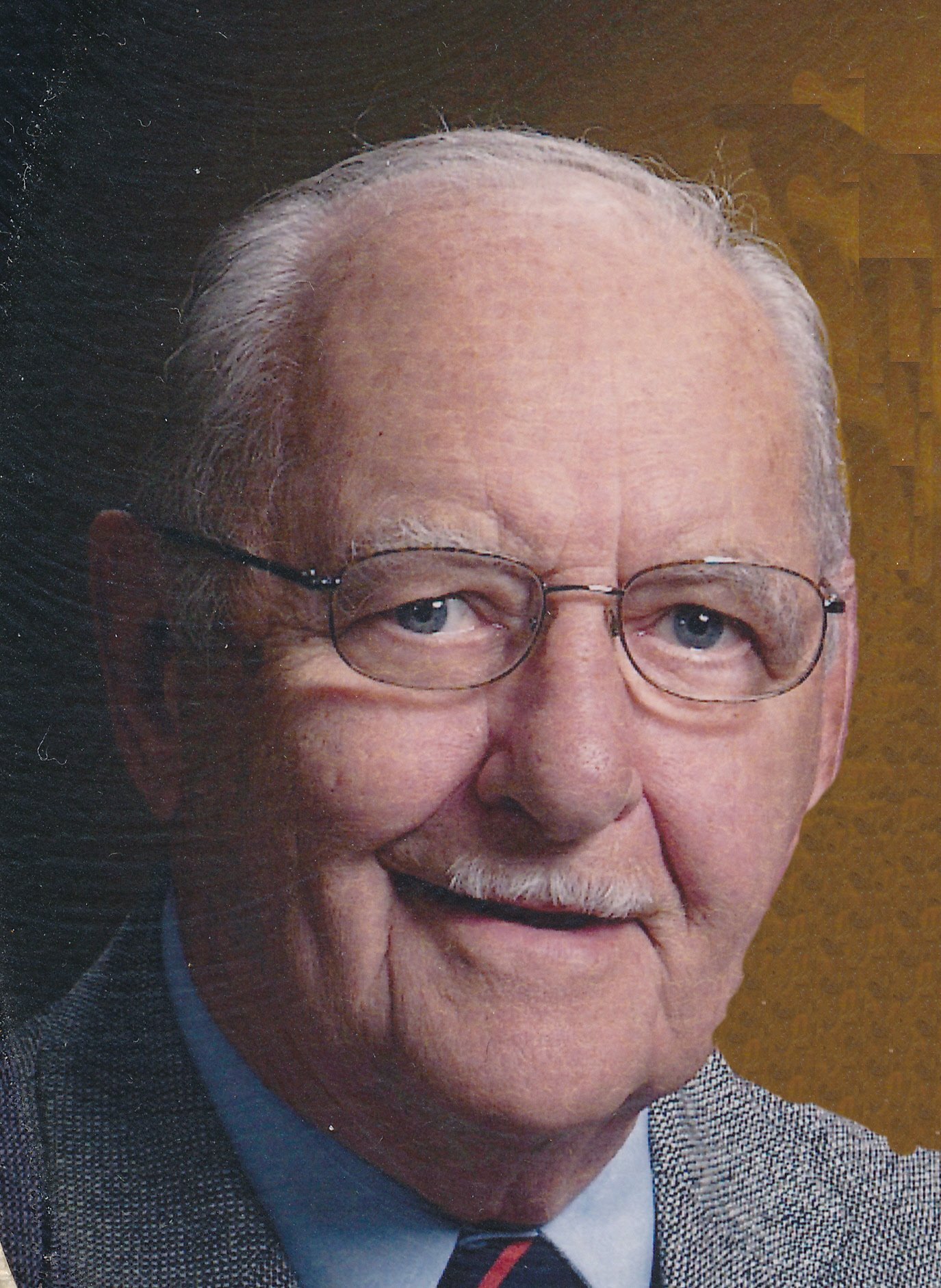 Jack Roger Goudzwaard, 91, Appleton, passed away on August 1, 2015 at a local hospital. Jack was born on May 28, 1924 in Muskegon, Michigan to Louis and Alice (Koning) Goudzwaard. He attended North Muskegan High School where he was inducted into the North Muskegan Area Sports Hall of Fame for being Captain of his undefeated, untied and un-scored upon high school football team. After graduation from high school, Jack attended Michigan Tech where he played varsity basketball and received his Bachelor of Science in Metallurgical Engineering. On June 28, 1947 Jack married his wife, the former Elaine Erickson in North Muskegon Michigan. They shared 68 years in marriage. He was employed with Neenah Foundry for 30 years and retired in October, 1986 as Director of Engineering and Technology. During his career, Jack had the privilege of working on the commercial development of Ductile Iron, a discovery that would become a very successful commercial product. He was also awarded a gold medal by the American Foundryman's Society in 1978 for “technical contributions in environmental and research programs of the industry”. In 1981, he was honored by the Iron Casting Society. He was a member of Emmanuel United Methodist Church, a charter member of the Greater Appleton Kiwanis as well as a present member of the Golden K Kiwanis. Jack also volunteered as a reader at several schools in Appleton.

He was preceded in death by his parents, his daughter Terry Lynn Goudzwaard, and siblings James Goudzwaard, Mildred Bergren, Betty Meier and Ida Jeanne Harris.

A gathering of family and friends will be on Thursday, August 6, 2015 from 4:00pm to 5:00pm at Emmanuel United Methodist Church, 740 E. College Avenue in Appleton. A memorial Service will be held at 5:00pm at the church with Rev. Ben Morris officiating. The celebration of Jack's life will continue at the church after services have concluded. For more information and to express condolences, please visit www.wichmannfargo.com.

In lieu of flowers, a memorial fund has been established, with donations being forwarded to the Golden K-Kiwanis Scholarship Fund.