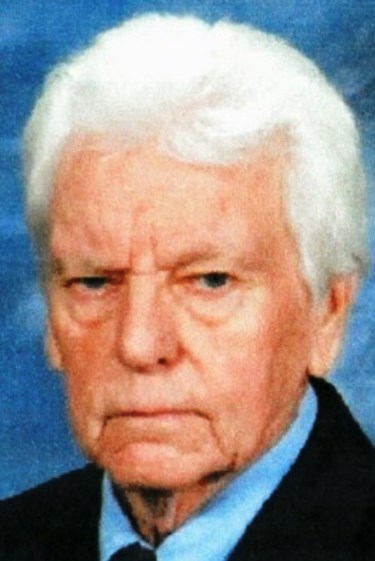 Jack G. Fairchild of Appleton passed away peacefully at home on Tuesday, September 3rd with his loving wife Mary at his side.

He was born May 25, 1927 in the Town of Elton, Langlade County, WI and grew up in the nearby Village of White Lake.

After graduating from high school, he served his country with the 20th Army Air Corps in the Pacific Theater during WWII. His family moved to Appleton while he was in service.

Using the GI Bill, he graduated from the former Appleton School of Business at the top of his class with an Associate Degree in Business Administration and Accounting and successfully worked in these professions with Nordberg Manufacturing of Milwaukee, Becker Co of Brillion, Pierce Manufacturing of Appleton and Morning Glory Dairy of De Pere. He was a former Director of the Northeast WI Accountants Association and Treasurer of the Appleton Personnel Association.

Jack was a member of Memorial Presbyterian Church for 63 years having served in the past on the Board of Trustees, as well as Auditor and Usher. He was a Life Member of the America Legion, Veterans of Foreign Wars and Langlade County Humane Society. In 2016, he was acknowledged by the National American Legion for 70 years of continuous membership and awarded Legionnaire of the Year in 2008 by White Lake Post #524. Jack was particularly active in Post #524, serving as Adjutant and Finance Officer over a 20 year period.

On February 6, 1982 he married the former Mary Koop of De Pere. Jack semi-retired in 1984 and they moved back to his hometown of White Lake, where they built their home on the lake. He and Mary formed a partnership, F&F Accounting & Tax Service, serving individuals and businesses in the White Lake area.

In later years, Jack and Mary traveled throughout the United States and spent a number of winters in Gulf Shores, AL. He loved dogs, camping, bird hunting and fishing — especially on White Lake. In 2008, Jack and Mary moved back to Appleton.

A Funeral Service for Jack will be officiated at 11:00 AM on Saturday, September 14, 2019 at Memorial Presbyterian Church, 803 E. College Ave., Appleton, by Rev. Michael Goodwin. Family and friends may visit at the church from 9:00 AM to the time of service. Military Rites will be rendered, followed by interment at Highland Memorial Park, Appleton.

Mary would like to express sincere gratitude to Dr. Umang Gautam of Aurora Bay Care/Vince Lombardi Center who kept Jack going these last eleven years; to our wonderful family and friends who were always there for us; and to Theda Clark At Home Hospice for the outstanding care given during the last five months.