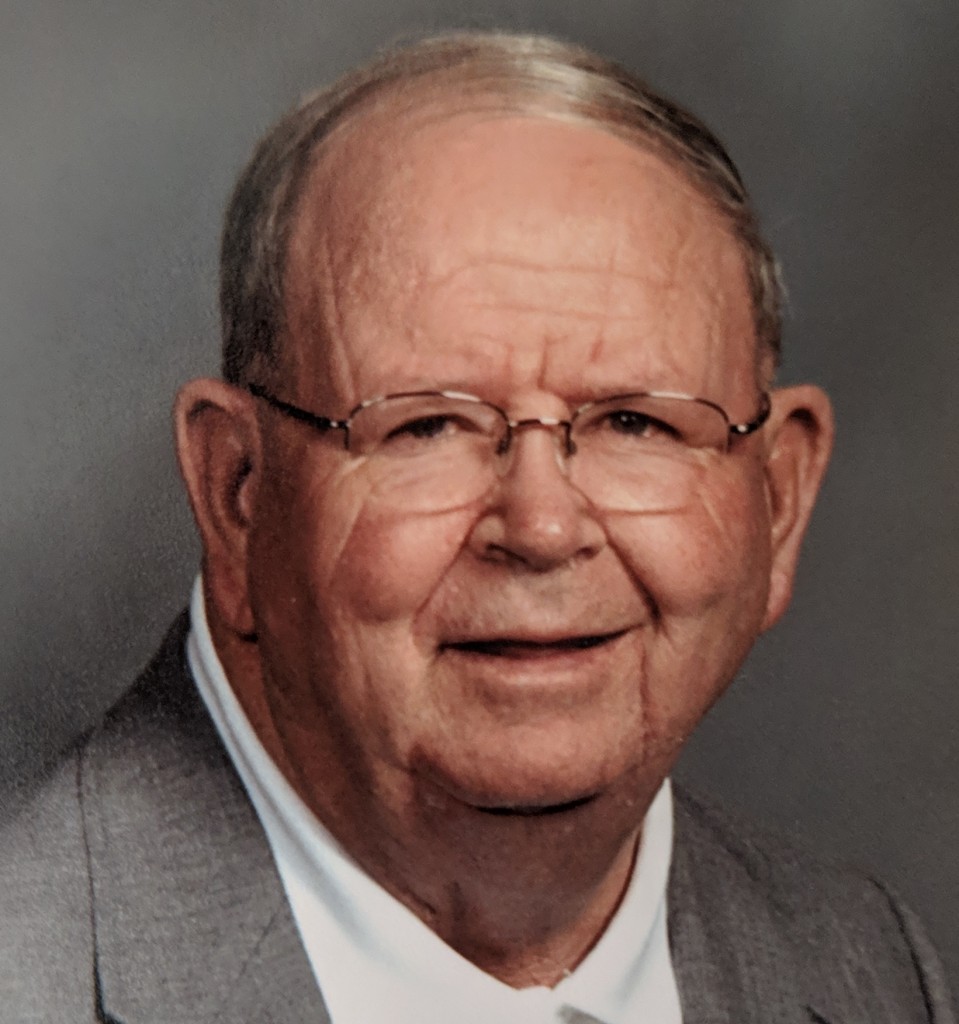 J. Donald Geenen, age 86, passed away peacefully with his family by his side, on December 22, 2018, at Cherry Meadows, following a courageous battle with multiple myeloma and Parkinson’s disease. Don was born on July 7, 1932, in Freedom, Wisconsin, son of the late John and Eleanor (McCabe) Geenen. He graduated from St. Mary Catholic High School in 1950. While studying at UW-Oshkosh, Don was drafted and willingly served in the United States Army during the Korean war. Don married his one true love, Carol Oettinger, on September 14, 1957 at Holy Cross Catholic Church. During their 61 wonderful years of marriage, they enjoyed traveling, including annual trips to Fort Walton Beach, Florida.

Don was an extremely hard worker and provider for his family. He began as a sausage maker at Jacob’s meat market and then became a weaver at Appleton Mills, working his way up to superintendent. Don was eventually recruited by the Geshmay Company of Germany to be the plant manager for their startup company in Greenville, South Carolina. In 1983, Don and Carol moved back to Appleton to be closer to family, after Don accepted a consulting job with Nippon of Japan. For a short time, Don also worked in sales for the Knox Felt Company, which was acquired by Albany International, from where he retired as a sales engineer in 1996. After retirement, Don worked for Kobussen Bus Service and took great pride and joy in helping transport the elderly and disabled.

For many years Don coached grade school boys’ basketball and also spent one year coaching the Xavier High School girls varsity basketball team. He enjoyed golfing, boating and watching the Green Bay Packers. Don was very active at St. Bernadette Parish, serving in the choir, on the welcoming committee, and as a trustee, where he was honored to help break ground for the new church. He also served as a board member at Xavier High School, and as a Junior Achievement sponsor.

Above all, Don was a devoted husband, father, grandfather and great-grandfather. His love for his family knew no bounds. Don will always be remembered as a humble and kind man who lead by example, treating everyone with the same respect and dignity, because as he said, “we all put on our pants one leg at a time”.

The Funeral Liturgy for Don will be held at 11:30 a.m. with prior visitation starting at 9:30 a.m. on Saturday, December 29, 2018, at ST. BERNADETTE CATHOLIC CHURCH, 2331 E. Lourdes Dr., Appleton, with Fr. Don Zuleger officiating. A time of visitation also will be held on Friday, December 28, 2018, at the WICHMANN FUNERAL HOME, 537 N. Superior St., Appleton, from 4:00 p.m. until the Vigil Service at 7:00 p.m. Online condolences may be expressed at www.wichmannfargo.com. In lieu of flowers, a memorial benefiting Parkinson’s Disease Research will be established.

Don’s family would like to thank Thedacare Hospice caregivers, especially Todd, Paula, Amy, Joan, Mary and Blanca, Aleecia from Bright Star, and the entire staff at Cherry Meadows for their exceptional love and care of Don.