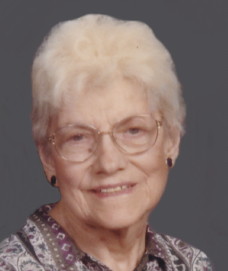 Isabelle Stroobants, age 95, died September 17, 2011. She was born on February 29, 1916, in Green Bay, daughter of the late Joseph and Lucy (Bouchard) Danhieux. She married Norman Stroobants in 1936. They lived and raised four children in Green Bay. A quiet woman who kept most of her concerns within herself, she worked industriously at being a full-time homemaker for her family and for herself. Her marriage was troubled, and she and Norman ultimately obtained a legal separation in the mid-1960's. She enjoyed visiting large cities and after a few moves to places like Milwaukee, New York City, and others, she returned to Appleton to be near he rchildren. There she became a member of St. Therese Catholic Church and has remained in Appleton ever since. She had obtained housekeeping and caregiving jobs in various places.

The funeral service for Isabelle will be held on Tuesday, September 20, 2011 at 11:00 AM at the Allouez Catholic Cemetery Chapel, 2121 Riverside Drive in Green Bay. Friends may gather for a brief time prior to the service.