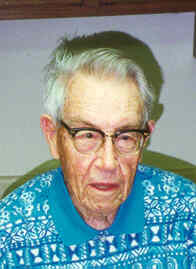 Passed away August 13, 2002, aged 92, at Colony Oaks Care Center.
Dr. Isenberg was born in Buffalo, NY, Sept. 11, 1909. He attended Buffalo Technical High School and the college of forestry at Syracuse University (now SUNY-ESF), where he was 1931 valedictorian and received his M.S. in 1932. He received a Ph.D. in forestry from UC Berkeley in 1936, after which he took a professorship at the nascent Institute of Paper Chemistry in Appleton (now the IPST in Atlanta), where he remained on the faculty for his entire professional career. There he taught courses in forestry, wood and fiber chemistry and microscopy, and ran the fiber identification laboratory. Among his publications is the two-volume Pulpwoods of the United States and Canada, published in 1943 and again in 1980, which is still an oft-cited work in the pulp and paper field. He was a member of the International Association of Wood Anatomists, Society of Wood Science and Technology, Alpha Chi Sigma, and was a founding member of TAPPI (Technical Association of the Pulp and Paper Industry).

Dr. Isenberg was a longstanding member of Trinity Lutheran Church, where he ushered and also served several terms on the Church Council, and most recently was involved in the Senior Couples group.

He is survived by his wife of 61 years, Doris Koehnke Isenberg, three children, Bill Isenberg of Camarillo, CA, Ilene Isenberg of Appleton, and John (Debbie) Isenberg of Pasadena, CA, and four grandchildren aged 15 to 22: Kate (Matt) Parker of Spokane, WA, and Lisette, Karl, and Stephen Isenberg, all of Pasadena.

His good-natured wit and varied interests endeared him to all who knew him. He was ‚Äúsharp as a tack‚Äù until a few weeks of his death.