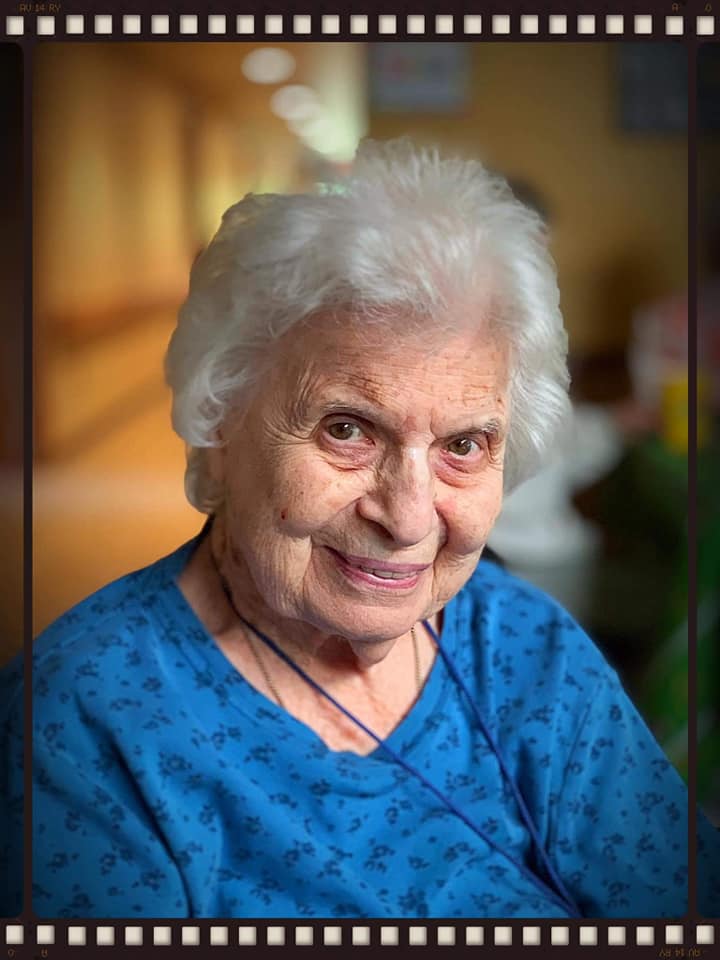 Irmgard Amalie Deffert, age 92, passed away peacefully on Wednesday, April 8, 2020 with loving friends by her side at Carolina Assisted Living. She will be laid to rest next to her husband Kurt Erich Deffert, at Highland Memorial Cemetery in Appleton, WI.

Irmgard was baptized in into faith on November 30, 1927 at the Roman Catholic Archdiocese of Warsaw, Poland.

Irmgard lived with her parents in the Polish Village of Straszewo (formerly West Prussia). She later moved with her family to Stuttgart, West Germany. After her father passed away her mother remarried to Joseph Koliwer. Together they had a son named Ulrich Koliwer.

Irmgard resided with her family in Stuttgart until the bombings of World War II in her city forced her to defect. In 1943, at the age of 16 she headed west, on foot toward the United States. Through extreme circumstances she finally arrived on U.S. soil in 1945. Irmgard did not complete high school but she did take at least 3 English courses, each requiring a minimum of 80 hour’s attendance.

After working a couple of jobs, she started her career in 1957 at Aid Association for Lutherans (now known as Thrivent for Lutherans). She worked as a data clerk, translating data from cards to the earliest version of computers. She was responsible for the entire library of private, and secure information of customers to AAL. Irmgard eventually retired from AAL after 30+ years of committed employment.

Soon, after starting her career at AAL Irm met Kurt Erich Deffert. He was the choir director at Zion Lutheran Church in Appleton, Wi. where Irm attended and became a longtime member. She decided to become a member of the choir but her voice was less than pitch perfect. Admittedly, she could not carry a tune to save her life, so Kurt requested that instead of actually singing out loud she just “move her lips” to appear like she was singing. Their smiles and ability to laugh at each other and at themselves led to their dating and eventually, they married on November 23, 1957.

In June of 1957, Kurt and Irm purchased their first and only home at 1725 E. Frances St in Appleton, WI where they became fast friends with many of the neighbors. Kurt and Irm would host many a party inviting friends, family and neighbors to share drinks, laughter, games and many other shenanigans.

Irmgard loved to travel with her husband. They would join distant family and travel to Germany, Hawaii, Las Vegas, and all across the country. Every trip they took they would always remember to pick up a “little something” for loved ones back home.

The Defferts were Green Bay Packer season ticket holders and faithfully traveled on bus trips from Appleton to Green Bay for every Packer game. No matter what kind of weather, they were there. Kurt in his pressed shirt, tie and suitcoat, and Irm in her heels and fur coat. “Those were the days!” Irm would say! Many laughs and cocktails were had on those bus trips and at the Packer Games!

In 2009 both Kurt (age 94) and Irmgard (age 82) moved into their final earthly home at Carolina Assisted Living in Appleton, Wi. They were welcomed with open arms and loving hearts. The staff at Carolina Manor went above and beyond to help them feel safe and loved. After Curt’s passing in 2010, Irm continued to reside at the home where she kept the staff and other residents entertained with her witty sense of humor and sassy charm. Irmgard never had a bad word to say of anyone. If she didn’t agree with you she would definitely let you know – She would often purse her lips and slightly wink her eye and shake her finger at you as she would give you that “Now, Now” look. Irmgard was very proud of her beautiful freckles and would often comment “Freckles on the face are like stars in the sky”..

Irmgard served as a longtime member of the American Legion Auxilliary unit 38 for 52 years up until her passing.

Irmgard is survived by her Goddaughter Jeanette (Meyer) Baerwald, many friends, and special neighbors.

A special thanks to the staff at Carolina Assisted Living for the loving, and faithful care that they offered during her 11 years of calling it her home.

Thank you to the friends and neighbors who visited, sent cards, flowers, and made phone calls to Irm over the years. (She saved EVERY card) You held a special place in her heart even if she could not remember who you were toward the end.

Thank you to AseraCare Hospice and all who were involved in keeping Irmgard to feel safe and comfortable during her final days.

Thank you to Bob Archer and “Faith” for the unique and magnificent bond you opened your hearts to with Irmgard.

Thank you to John and Shirley Boettcher for being such incredible supporters and for being Irmgard’s advocate during times when she was unable.

Thank you to Lana Wilson for never forgetting Irm, right up until the end. She loved you.

As Irmgard would say: “Auf Wiedersehen!”

Due to the Covid19 pandemic, there will be only a Private viewing of Irmgard at Wichman Funeral Home and a private Burial where she will be laid to rest at Highland Memorial Cemetery. She will be placed her final resting place next to the love of her life, Kurt Erich Deffert.