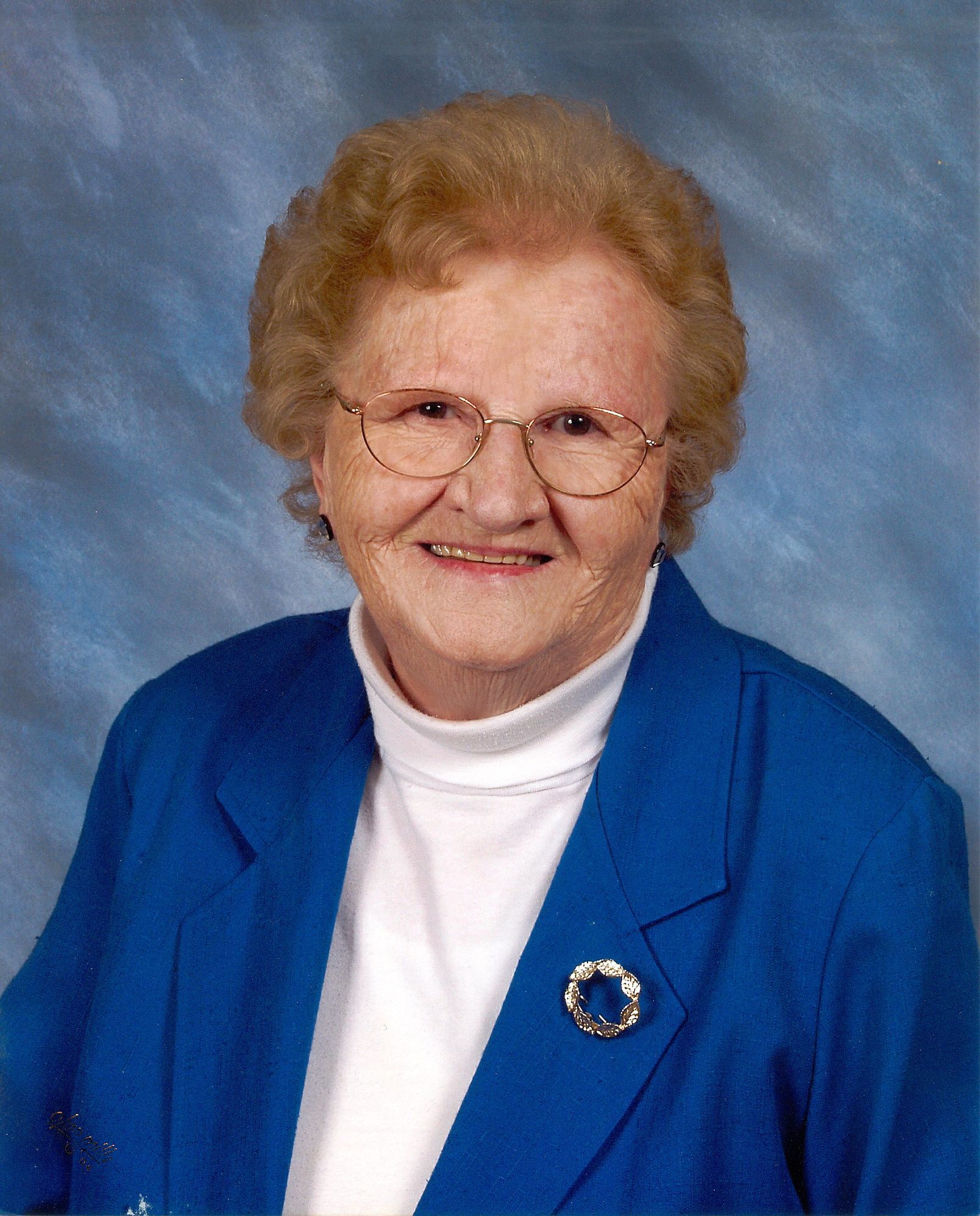 Irma Clara Van Stiphout, age 98, of Kaukauna, passed away peacefully with her family by her side on December 15, 2015 at Emerald Valley Assisted Living. Irma was born on November 15, 1917, on the family farm on Green Bay Rd. in Kaukauna, daughter of the late Albert and Emma (Schaefer) Schiefelbein. After graduating the 8th grade she went to work at her aunt's boarding house and canning factory. She married the love of her life, Julian Van Stiphout, on August 15, 1936 at their Pastor's house. He passed in 1978.

Irma enjoyed her work cleaning homes and businesses. She was not just a cleaning lady, but became a friend to many of the families she worked for. She was also a member of the widow's club, ladies aid, and the golden agers. Irma had an unbelievable memory for recipes, dates and events. She loved music and dancing, especially polka. She also enjoyed baking and had a great sense of humor. Above all, she cherished the time she spent with her family. Teaching them to treat other people the way you like to be treated. “Raisings kids ain't raising kittens”

Irma will be missed by her children: Thomas (Wanda) Van Stiphout, Beverly Verbruggen, Shirley (Ambrose) Loritz, and Noreen (Steve) Van Daalwyk; 20 grandchildren, 37 great grandchildren and 9 great great grandchildren. She is further survived by her brother: Robert Schiefelbein. She will also be missed by many nieces, nephews, other relatives and friends. She was preceded in death by her parents and her husband: Julian, as well as her sister: Wilma (Harry) Selig; brother: William (June) Schiefelbein; son-in-law Donald Verbruggen and sister-in-law Cecilia Schiefelbein; her sister-in-law: Ruby (Bill) Woelz; brothers-in-law: Bill (Agnes) Hermes and Ray (Mary) Van Stiphout

The Christian Funeral service for Irma will be held at 2:00 p.m. on Saturday, December 19, 2015, at TRINITY EV. LUTHERAN CHURCH, 804 Grignon St., Kaukauna, with Rev. Kurt Mau officiating. A time of visitation will be held from 12 noon until the time of service. Online condolences may be expressed at www.wichmannfargo.com. In lieu of flowers, a memorial fund has been established.

Irma's family would like to thank Dr. Jennifer Schoening, the staff at Emerald Valley Assisted Living and the Heartland Hospice staff for their kindness and care. They would also like to thank Irma's good friends and former neighbors for their friendship though out the years.

You are our Christmas angel. We will love you and miss you very much. You were an inspiration to everyone who knew you.