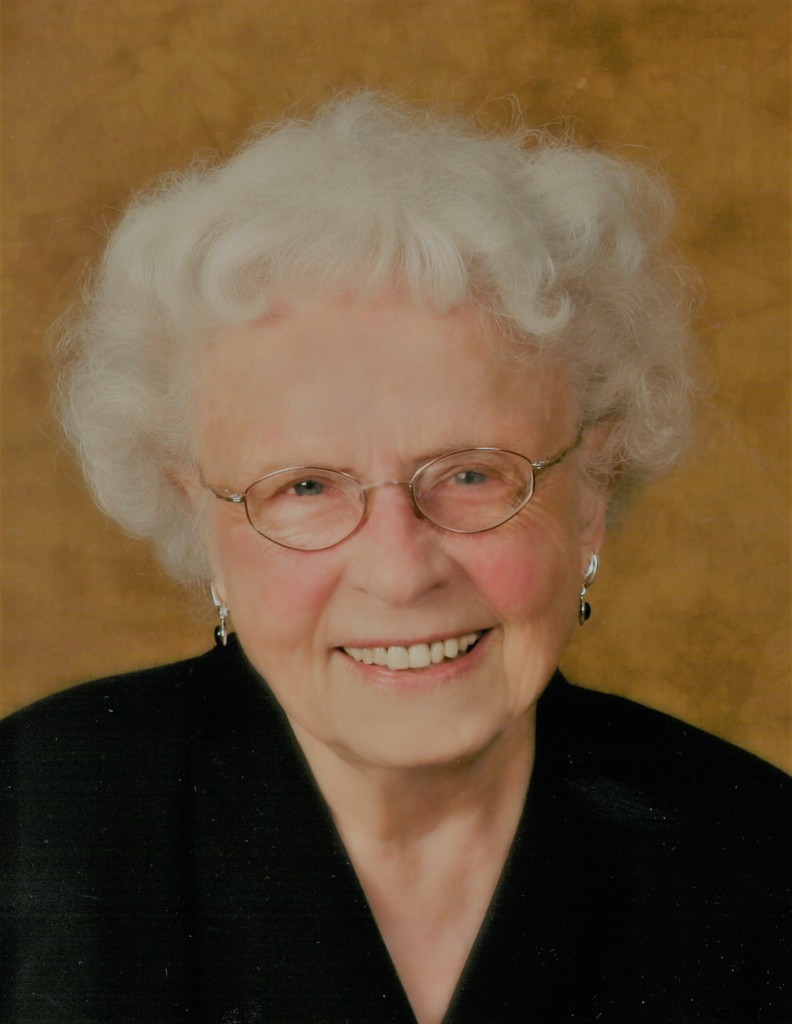 Irma Anna Emma Knippa Koehneke, the third child of the late Adoph C. and Margaretha (Luker) Knippa was born in Austin, Texas on November 30, 1916. She was received into the Kingdom of Grace through Holy Baptism on December 17, 1916. Irma renewed her baptismal vow at her Confirmation on April 13, 1930 and was given John 14:6 to guide her through life: “I am the Way, the Truth, and the Life; no one comes to the Father but by Me.”
During her years at Austin High School, Irma was a member of the Red Jackets Marching Band, the National Honor Society, and the Sapphonian Literary Society. In her junior year, she was elected “Class Favorite.”

Following high school, Irma attended The University of Texas and Nixon-Clay Business College in Austin, Texas (1934-1935). She then attended the Lutheran Hospital School of Nursing in St. Louis, Missouri from January 1936 through January 1939, graduating with the class of 1938. She received her pediatric training at Children’s Hospital and Barnes Hospital in St. Louis, Missouri from September 1938 to January 1939. Following her graduation, Irma also did private duty nursing in St. Louis and also in Austin, Texas until her marriage on October 1, 1940.

Irma assisted her husband Martin in the founding of Mt. Calvary Lutheran Church, Raymondville, Texas (1940-1943). From 1943 to 1950, Marty and Irma served their Lord at Mt. Olive Lutheran Church in San Antonio, Texas. Irma honored her Lord and her country when she volunteered at the USO, serving coffee and cookies to servicemen and women at Lackland Air Base, Randolph Field, and Bergstrom Field. During those years, Irma invited a total of 101 servicemen and women to church and then to the parsonage for meals. She had just been accepted as a Red Cross nurse when the war ended. During Marty’s years of service in the Texas District (1950 – 1954), Irma authored the children’s hymn “Jesus Loves All Children”. This hymn was sung by the children’s choir at the Texas District Convention in April of 1952. Irma was “First Lady” of Concordia Teachers College (now Concordia University, Chicago), River Forest, Illinois from September, 1954 until June, 1972. While the President’s wife, Irma was an active participant in college and community organizations. When the Lord led Irma and her husband to Aid Association for Lutherans (now Thrivent) in Appleton, Wisconsin, Irma brought her wisdom and counsel to his tasks there.

Irma was a faithful member of Shepherd of the Hills Lutheran Church (SOTH), Greenville, Wisconsin, where she served on the Stewardship Committee, the Hymnal Selection Committee, the 25th Anniversary Committee, and the prayer chain. She developed her own ministry when she called all of the visitors to church, welcoming them and encouraging them to make Shepherd of the Hills their church home. In addition to her work at SOTH, Irma volunteered at Appleton Medical Center in the Pastoral Care Office where she called churches in the Fox Valley, notifying them about their hospitalized parishioners.

Irma was a loyal Cubs fan, a clever Easter egg hider, a determined puzzle assembler, and the best bread-maker in the Fox Valley. But most of all, Irma’s family will remember her as a faithful prayer warrior, a cheerful tither, and a witness of God’s love and faithfulness to His children.

Visitation for Irma will be held from 5-7 PM on Wednesday, October 2, 2019 at Wichmann Funeral Home- Tri County Chapel, 1592 Oneida St., Menasha, Wisconsin 54952. A Funeral Service for Irma will be held at 11 AM on Thursday, October 3, 2019 at Shepherd of the Hills Lutheran Church, N1615 Meadowview Dr, Greenville, WI. Family and friends may visit at the church from 9:30 AM until the time of service. Interment will be at Highland Memorial Park, Appleton.

Irma’s family is grateful for the loving care she received from the staff at Valley VNA in Neenah, Wisconsin.