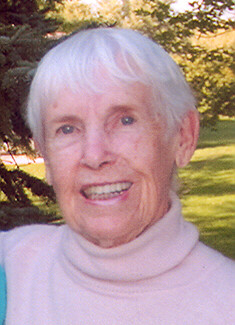 Iris raised her family in Iron Mountain where she was involved with the area's Women's Club, the League of Women Voters, the Drawing Room Club, and the P.T.A. She was an elementary school teacher in Hermansville, MI, from 1958 through 1960. Iris and her husband moved to Big Cedar Lake between West Bend and Slinger, WI, in 1960. In 1962, she joined the West Bend High School Library System as a librarian. From 1970 through 1982, she was the Director of Library and Media services of the West Bend School District. Following her retirement, Iris was an independent consultant and cataloguer for the West Bend libraries until her second retirement in 1992.

Iris was the representative of the West Bend schools on that city's library board and on the Library Council of Metropolitan Wisconsin. She was a member of the Wisconsin Association of School Librarians, its president from 1972 through 1973, and was designated its “School Librarian of the Year” in 1975. She was a member of the American Library Association and was elected to Delta Kappa Gamma.

In the community, she was a member of A.A.U.W., serving as an officer on the board, and as education representative to the state board. She was also a member of a literary study club, The Bookers.

Iris moved to Appleton WI, in 1987, where she was a committed member of the Wednesday Club, of All Saints Episcopal Church, and Riverview Country Club.

Iris relished living this life she was given and the activities she chose to pursue. She celebrated her Norwegian heritage, and enjoyed playing golf and gardening. She loved to travel to distant places as much as she liked to camp in a tent in the woods; she kept her sleeping bag in the trunk of her car. She spent evenings basking in the warmth of her fireplace with her cat, J.J.

Iris treasured books; she was a voracious reader across all disciplines, and a vehement defender of intellectual freedom for schools and libraries. Most of all, she treasured friendship; she had a gift for approaching people, for engaging them, and for loving them. She was loved in return. She was a magnificent woman.

In lieu of flowers, contributions in Iris' name may be made to: Friends of Appleton Library Foundation (FOAL), 225 N. Oneida St, Appleton, WI 54911.