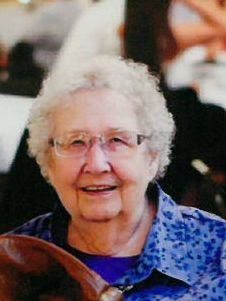 Irene D. Reinhardt (Nichols), age 85, died on August 22, 2016 in Appleton. Irene was born, in Appleton, the daughter of the late Walter and Henrietta (Pankow) Nichols. Irene married Roger Reinhardt on October 12, 1957 in Menasha. He preceded her in death on April 18, 2004. In retirement Roger and Irene enjoyed golfing and traveling with friends. A few of the trips included the Masters Golf Tournament, a month long trip to the West Coast and a trip to Australia. Irene was last employed at H&R Block during the tax season. She was an active member of the Retired Senior Volunteer Program and played in a weekly ladies golf league at Reid Golf Course for many years. Irene stayed active with her friends and family enjoying card games, luncheons, and going to shows at the Fireside and PAC.

Funeral services for Irene will be held on Friday, August 26, 2016 at 11:00am at Wichman-Fargo Funeral Home at 1592 Oneida Street in Appleton. Visitation hours will be held from 9:00am to 11:00am at the funeral home. Burial will be at Highland Memorial Park, Appleton.