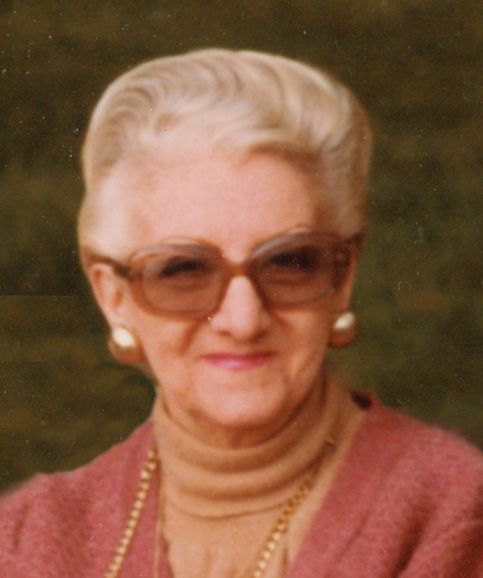 Ira Ghali passed away at Theda Clark Medical Center on Wednesday afternoon, March 25, 2015, at the age of 99. Ira was born in the Ukranian city of Odessa on June 24, 1915, daughter of the late Sacha and Tania Krakovski. As a young woman, her family was forced to flee from Ukraine and Jewish oppression. At that time, France was relatively close and safe, and so they settled there. Later, when Hitler and the Germans invaded French lands, the family fled again, this time finding safe harbor in Egypt. At the age of sixteen, Ira completed her faith as a Messianic Jew when she became Christian and came to know the Lord Jesus. In Egypt, Ira met her future husband, Hanna Riad Ghali. The couple wed, and were blessed with three children: Wacyf (Nadia) Ghali of Frisco, Texas; Riad Ghali of Cairo; and Marie Ghali of Appleton. There are also three grandchildren: Farid (Lorna) Ghail, Tania (Philip) Ghali, and Alex Ghali; three great-grandchildren: Isla, Nathanael, and Caroline; and her nieces and nephews: Joe Ades, Claude (Ursula) Ades, Isaac (Nurit) Yardeni, Mireille Yardeni, and Nino Lewis. Ira was preceded in death by her parents, her husband Hanna in 1983, and her daughter-in-law Glenda in 2000.

Funeral services for Ira will be held at 11:00 AM on Saturday, March 28, 2015 at FIRST CONGREGATIONAL UNITED CHURCH OF CHRIST, 724 E. South River Street in Appleton, with Rev. Jane B. Anderson officiating. Family and friends are invited to gather at the church on Saturday morning from 10:00 AM until the time of the service. Memories may be shared by visiting www.wichmannfargo.com.

The family would like to extend their thanks to the caregivers that helped Ira remain in her home in her final months. They include Cynthia, Kim, Kisha, and Bridget. Special thanks to the entire staff at Theda Clark Medical Center, with extra gratitude to the “heroes” on the 2nd and 6th floors. We will never forget your kindness, love, and compassion.