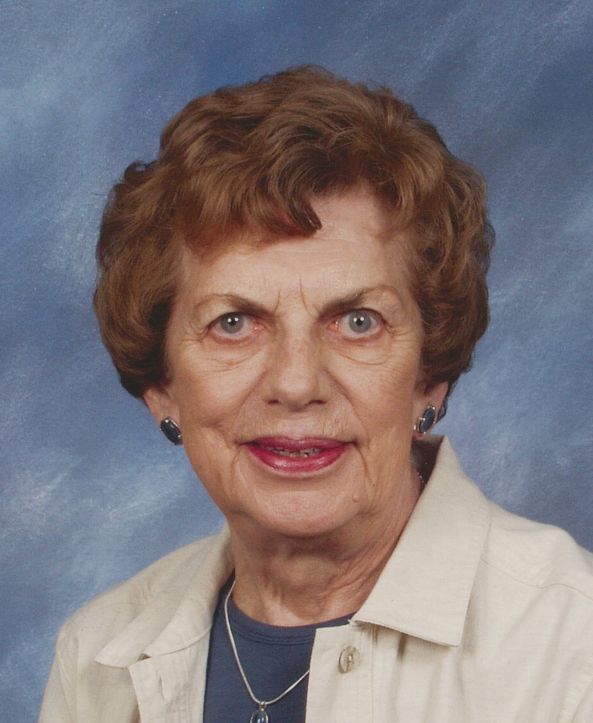 Ione Verdine Hardy, age 89, of Appleton, passed away on March 12, 2016 at home surrounded by her family. Ione was born on April 4, 1926, at her home in the Town of Greenville, Wisconsin, the daughter of Andrew and Irma (Magadanz) Stangfield. She was married to Thomas N. Hardy upon his return from the Pacific Theater in World War II on June 29, 1946, in the parsonage of St. Mary's Catholic Church in Greenville, Wisconsin.

During the war she was employed at the Valley Iron Works where she was part of the war effort to build a part of the atomic bomb. After her marriage, Ione was the bookkeeper and office manager for Thomas N. Hardy Plumbing & Heating, a position she retained until her son Steve retired in 2014. She was active in her church, Riverview Lutheran, for more than 60 years. Everybody who had the pleasure of eating her expertly prepared meals would agree that she was the best chef they had ever experienced. She rarely used any measuring devices or referred to a recipe. She passed many of her cooking skills to her children, her daughters-in-law and her grandchildren. Her children and grandchildren never failed to leave her home without a grocery bag of home cooked goodies. Many food preparation questions were answered by frantic last minute telephone calls from her family. After Ione and Tom attended the Ice Bowl in 1967, she became a fervent Green Bay Packer fan. She never missed a Wisconsin Badger football or basketball game unless it conflicted with Dancing with the Stars or Downton Abbey. Her family learned early not to call during those times. In her younger years she and Tom were enthusiastic members of the Merrymakers, a local dance club. She enjoyed playing bridge with her friends until the passage of years took its toll on the bridge club. She was an avid reader consuming several books a week until her eyesight began to fail. Her granddaughter Amy introduced her to Kindle which allowed her to continue her passion until the time of her death.

Ione is survived by her children: Dan (Marcia) of Fitchburg; Steve of Menasha; and Paul (Diane) of Madison; her grandchildren: Katie (Ryan) Butman of Chicago; Lizzie Hardy (Jesse Nicita) of Los Angeles; Kristen Hardy of Minneapolis; Amanda Hardy of Madison; Nicholas Hardy and his special friend Isabelle Bouchard of Atlanta; Rachel (Jesse) Shunk of Cottage Grove; and Alex Hoffmaster of Los Angeles; and greatgrandchildren: Aaron and Taylor Shunk and William and Henry Butman. She is also survived by her sister: Helen Baehman; sister-in-law: Joyce Stangfield; and brother-in-law: Tom Woods. She was preceded in death by her husband in 1988, her parents, her sister Arlene and her brother Gilbert. She will be dearly missed by her family and many friends.

The Christian Funeral Services will be held at 1:00 PM on Saturday, March 19, 2016 at Riverview Ev. Lutheran Church, 136 West Seymour Street in Appleton. Rev. Adam Bode will officiate. Visitation will begin at the church 11:30 AM and continue until the time of the service.

A special thank you to the staff of Heartland Hospice, Karen, Sarah, and Beth for their expert, thoughtful and compassionate care provided Ione during the last several weeks of her life. Dan and Paul extend their sincere appreciation to Steve for the many years of looking in and taking care of Ione's needs, especially in the last several months of her illness. A mother could not ask or expect more from a son. The family also thanks Rachel for putting her nursing skills to great use during Ione's final hours. Thank you Rachel.

In lieu of flowers the family requests any memorials be made to Riverview Lutheran Church, 136 W. Seymour St, Appleton, WI 54915.