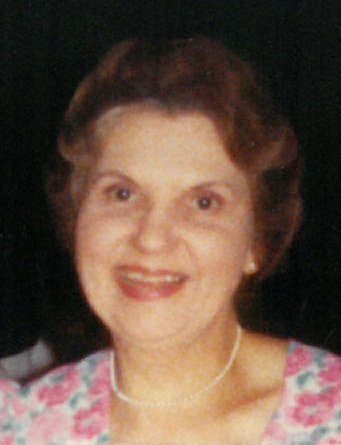 Inez Rosenberg, age 89, passed away Saturday, October 1, 2016 at The Bridges of Appleton.

Inez was born in Appleton on September 3, 1927, daughter of the late Edward and Lydia (Krueger) Rosenberg. She was baptized and confirmed by the late Rev. F.M. Brandt, pastor of St. Paul Evangelical Lutheran Church, and is currently a member of Faith Lutheran Church. Her love of God and her family was a significant part of Inez's life. “The gift of God is eternal life in Christ Jesus our Lord.” (Romans6:23)

Inez lived in Appleton most of her life and retired from Valley Eye Associates in January of 1990. She enjoyed traveling, reading and spending time with her family.

Inez is survived by her sister: Ruth Springer of Marinette, her nephew, Pete (Kathryn) Springer and their children, Lindsey, Norah, and Reid; Keith (Betty) Rosenberg, Appleton, and their children Emily and Heather; a niece Jane (Patrick) Cook; and a sister-in-law Laverna Rosenberg, Appleton. She is further survived by longtime friends and of these cherished friendships, some began in her grade school years. Inez was preceded in death by her parents, a brother, Edward Rosenberg; a brother-in-law, Lawrence Springer; and a niece, Amy Louise Springer.

The Christian funeral for Inez will be held on Thursday, October 6, 2016 at 6:00 PM at the WICHMANN FUNERAL HOME, 537 N. Superior St. A time of visitation will be held on Thursday from 5:00 PM until the time of the service at the funeral home. Interment will be in Highland Memorial Park. Online condolences may be expressed at www.wichmannfargo.com.

Memorial contributions may be directed to Faith Lutheran Church.