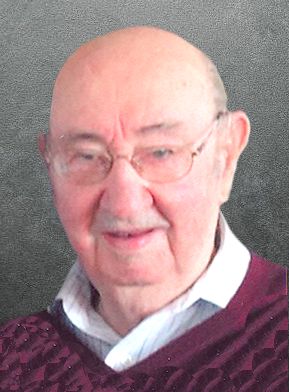 For many years, Hubert farmed in Dale, as well as working as a bricklayer for his brother-in-law during that same time. He served in the United States Navy for two years, and was proud to have been on an Old Glory Honor Flight to Washington several years ago. Hubert was a very outgoing and social man; he enjoyed going to parties with family and friends, as well as dinners at Mark’s East Side.

Hubert is survived by his daughter: Donna (Bob) Pataky of Winthrop Harbor, Illinois; two granddaughters: Danielle Pataky and Kristin (Aaron) Breen; two great-grandchildren: AJ and Faith, as well as many nieces and nephews. He was preceded in death by his parents, his wife Helen in 1997, and a brother Chester (Nellie) Dorschner.

Funeral services for Hubert will be held at 11:00 AM on Saturday, October 5, 2019 at the Wichmann Funeral Home Tri County Chapel, located at 1592 Oneida Street in Menasha. Deacon Dennis Bowman of Faith Lutheran Church in Appleton will officiate, and full military honors will follow the service. Entombment will take place at Greenlawn Memorial Park. Family and friends are invited to gather at the funeral home on Saturday morning from 9:00 AM until the time of the service.

Donna would like to extend her sincere thanks to a dear family friend, Connie Prasher, for watching after Hubert these past years, as well as everyone from Compassus Hospice and the entire staff at Care Partners. We will never forget your kindness.

In lieu of flowers, memorials may be directed to the Old Glory Honor Flight or to Faith Lutheran Church.