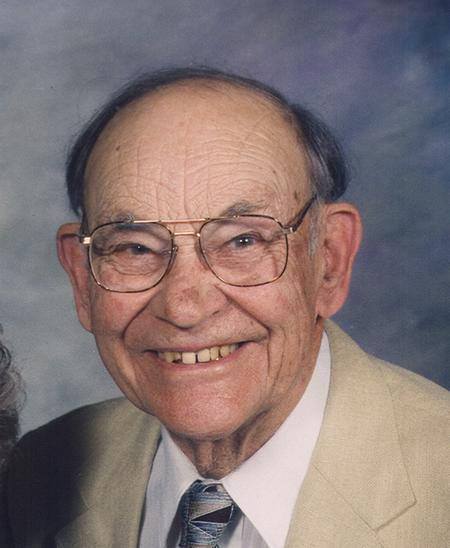 Age 93, died quietly on Friday, March 3, 2006 at Century Oaks in Neenah. He was born on March 8, 1912 in Oshkosh, the son of the late Charles and Emma (Nicheals) Dobberke. On May 25, 1944 he married Amelia Wolfinger and they lived on their farm on Irish Road in Neenah. Howard served his country with the Air Force during WWII, and returned home to work at Manhattan Rubber Company for 36 years before retiring in 1977. Howard enjoyed gardening and was a 4-H project leader. He also enjoyed playing Sheephead, and mostly, he loved his cats.

He will be sadly missed by his daughters: Pat Dobberke, Diane Dobberke, and Barbara Griggs. In addition to his parents, he was preceded in death by his loving wife, Amelia; brothers: George, Frank, and Earl Dobberke; and his sister: Bessie Pearson.

A Mass of Christian Burial will be celebrated on Tuesday, March 7, 2006 at 3:00 P.M. at St. Bernard Parish (1617 W. Pine Street, Appleton) with Father Dennis Ryan officiating. Friends may call directly at the church on Tuesday from 1:00 P.M. until the time of Mass. Interment will be in Brooks Cemetery in the Town of Vinland.

The family would like to thank all the Angels at Century Oaks for their dedicated care.