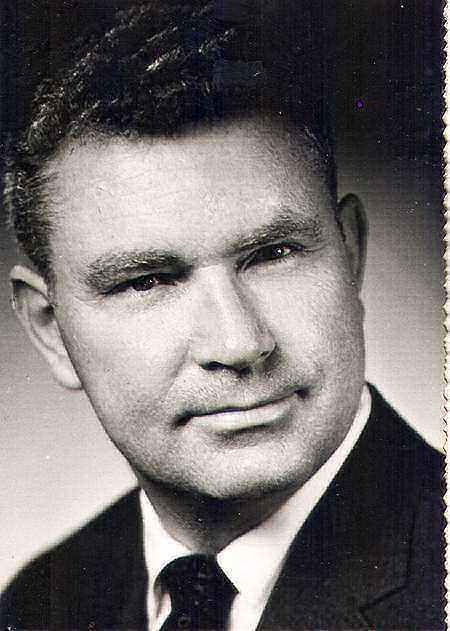 Howard J. Langenfeld, 82, passed away peacefully in his sleep Wednesday, June 29
2005, at his home in New Holstein, Wisconsin.
He attended St. Norbert‚Äôs Academy, then went on to study business at Marquette
University, where his education was interrupted by World War II. He volunteered to serve in the Armed Forces, choosing the United States Navy, where he distinguished himself at the Great Lakes Training Facility with the rank of Commander, and received an honorary discharge at the end of the war.
Returning home to New Holstein, Mr. Langenfeld began his lifelong pleasure of acquiring pristine land in both North America and the Caribbean, a passion he carried through his lifetime. In 1947, he then escorted the first ‚ÄúSilver Moon‚Äù foxes through Associated Fur Farms to the Menendez-Behety Company in Tierra del Fuego, Argentina. Arriving back to Wisconsin, he accomplished an unprecedented success for a private individual with ‚ÄúFishing with Diamonds‚Äù.
In 1954, Mr. Langenfeld acquired dozens of canoes through his friends. He promoted and led the First Annual Explorer Scouts on their 40 mile canoe trip. Early on he became enamored with trap shooting, establishing ‚ÄúOutdoors Inc.‚Äù the legacy of which continues today.
In 1956, he and Mel Ellis built and introduced the novel ‚ÄúHalf-Track‚Äù, which brought recognition statewide from sportsmen to congressmen. He was an officer with the Flexiclog Shoe Company, Todajem Real Estate Corp., and the A.L. Langenfeld Company. He went on to become a director of Marshall & Ilsley Bank in New Holstein, the Southern Cross Club B.W.I, and the Boca Grande Club in Gasparilla Island, Florida.
His long time involvement with the American Legion recently led to his receiving a 50 year honorable service award.
He formed the first Between the Lakes Chapter of Ducks Unlimited, was involved in
the preservation of wetlands, and recognized for his dedication to the cause of migratory
waterfowl conservation. For his achievements, he was acknowledged with the
Conservation Service Award. He and several others then formed the capital to construct
the Davis Point project in central Manitoba, a bastion for ducks and geese alike. More
recent, Ducks Unlimited honored Howard as Trustee Emeritus.
Mr. Langenfeld has one brother, Robert Langenfeld and one sister, Dolores Pauley.
In addition to his wife, Louise, he is survived by a son, David (Mary)
Langenfeld, of New Holstein; daughter, Anne Langenfeld, of New York City; daughter,
Sarah (James) Argyropoulos, of Montecito, Calif.; and three grandchildren, Paul
Langenfeld, Nicholas and Alexander Argyropoulos.
A private service was held for the immediate family. In lieu of flowers, a donation may be made to the New Holstein Fire Truck Fund, 2110 Washington St., New Holstein, WI, 53061.