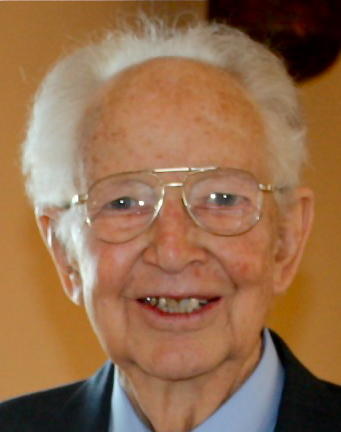 Howard was born on March 9, 1923 to Harold and Ingeborg (Stokk) Linstad in Porterfield. He served in the US Army from 1949 to 1950. Howard married Helen Ann Baker in 1950. He owned and operated Howard's Garage Door Company for many years and retired when he was 80. Howard enjoyed hunting, fishing, gardening, cross country skiing, bowling, golfing (he got a hole in one) and camping with his family. Howard was a craftsman and built many things and those things will always be treasured. Playing games was something he enjoyed doing with his family. Above everything else it was his family that was the most important thing in his life. Howard was proud of his Norwegian heritage and was a member of the Sons of Norway and a charter member of St. James United Methodist Church. He was very active in both organizations.

A memorial service for Howard will be held on Saturday, November 19, 2011 at 1:30 PM at ST. JAMES UNITED METHODIST CHURCH (100 West Capital Dr.) with Rev. Mark Klaisner officiating. The family will receive visitors following the service at the Church. In lieu of flowers a memorial is being established.

Howard's last words were “Goodnight, See you in Heaven.”