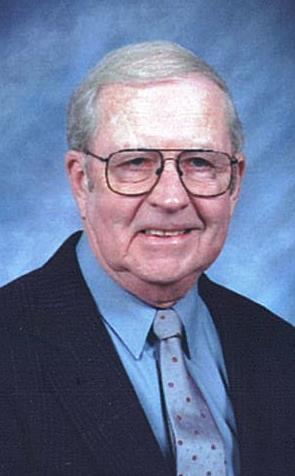 Holland “Dutch” V. Oates, 89, passed away on June 11, 2019, following a brief illness.
Holland was born in Chicago, Illinois to the late Holland and Katherine Oates. As a young boy, his family owned a dairy farm in Indiana where he developed a love of all animals, especially dogs. He and his family eventually moved to Chicago, Il where he graduated from Austin High School. He served his country during the Korean War as a weapons instructor at the US Army Aberdeen Proving Ground, Maryland. He worked for Oak Park Ford and for Birch Tool and Die in Illinois before moving his family to Appleton, WI in 1960. There he joined his brother, Jim, in owning a Sealtest Milk distributorship, but later acquired an interest in the veal industry. He was employed by Land O’ Lakes feed division where he served as the Wisconsin State Manager until his retirement. Holland and his family also operated a successful veal calf operation and horse farm.
Holland was an avid sports fan, but his true passion was golf. He spent many hours on the links and scored four “holes in one.” Holland and Jeanette enjoyed visiting new courses throughout Wisconsin and the United States and especially enjoyed spending part of the winter months in Gulf Shore, Florida. Holland was also active in his church and community. He served as an usher at St. Bernadette Church for over 30 years and volunteered many hours cooking and delivering meals for the Men’s Homeless Shelter. He was a member and officer of the Lions Club, coached youth baseball, sponsored bowling teams and supported several children’s charities. Holland was a “take charge” man who took pride in his family and work. He lived a faith- filled life and shared his time and talent with family, friends, church and community.
Holland is survived by his wife of 68 years, Jeanette (Birch) Oates, his son, John (Sharon) Oates, and his daughters, Janice (Kristopher) Duffy and Holly (Floyd) Buckner, 8 grandchildren and 5 great-grandchildren, as well as nieces and nephews.
He was preceded in death by his parents, brother, James Oates, sisters, Kate Bagley and Eileen Cory and father-in-law and mother-in law, Alfred and Dorothy Birch.
The family will celebrate Holland’s life with a private Mass of Christian Burial at St. Bernadette Church, Appleton, WI.
Donations may be made, in his honor, to St. Jude’s Children’s Research Hospital, Memphis,TN.
Holland’s family would like to give special thanks to the doctors, nurses and staff members of ThedaCare Cancer Center, Hospice and Cherry Meadows.
“The bond will never be broken. You will forever be in our hearts.”