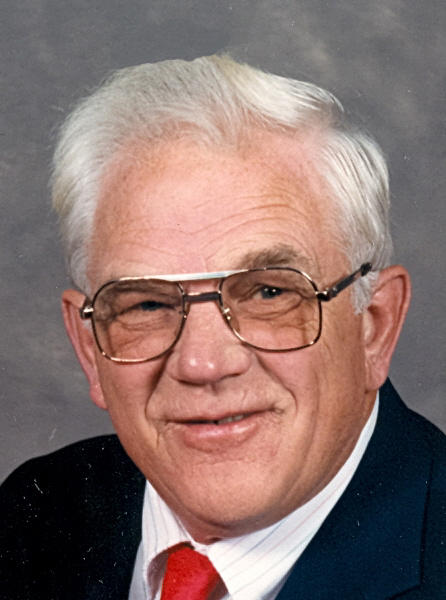 Herbert W. Viegut, age 92, of Kaukauna, passed away peacefully on Sunday, December 29, 2013, at St. Paul Elder Services in Kaukauna. He was born on November 2, 1921, in Jefferson, Wisconsin and resided in Kaukauna. Herbert married the love of his life, Mabel Viegut, on August 3, 1941, and they spent 71 wonderful years together. He always had an entrepreneurial spirit and started Dixie Cream Donut Shop. Herbert also founded Appleton Plastics, which was a plastic recycling company, and it evolved in to XYZ Corporation. He was also a cross country truck driver for many years before going into semi retirement. In his later years, Herbert worked at Moto-Mart in Appleton and greatly enjoyed it. One of his favorite hobbies was collecting, fixing, and making clocks. He was always a man of strong faith and was a member at Bethany Lutheran Church in Kaukauna for many years. Herbert was always a loving, faithful family man and he always was a gentle person. He loved traveling with his wife and spending time with his family. Herbert was always very generous with his time and was always willing to help anyone in need. He was loved dearly by his family, and he will be greatly missed.

A time of visitation will be held on Thursday, January 2, 2014, at BETHANY LUTHERAN CHURCH, 124 W. 10th Street, Kaukauna from 3:30 p.m. until 5:00 p.m. Funeral services for Herbert will be held at church following the visitation at 5:00 p.m. with Rev. Levi Willms officiating. Online condolences may be expressed at www.wichmannfargo.com

The family would like to extend a special thank you to hospice care and to all of the nurses and staff members from St. Paul Elder Services on Primrose Lane for all of their outstanding and loving care while Herbert was there.