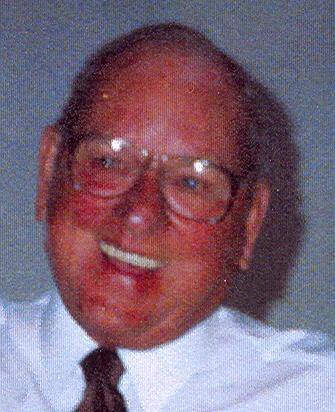 Herbert J. Stoffel, age 89, of Appleton, died on Saturday morning, May 6, 2006, at his home with his family at his side. Herb was born on January 22, 1917, in Appleton to the late John and Nellie (Williams) Stoffel. Herb married Frances Hintz on February 22, 1941 in Stevens Point; she preceded him in death on September 26, 2004, after enjoying 63 years of marriage. Fran and Herb especially enjoyed spending time with friends and family at their cottage on Bear Lake, playing cards and being with their friends in ‚ÄúThe Club.‚Äù Herb proudly served his country in the United States Army during World War II, serving in the South Pacific. He was employed at the Lakeview Mill of Kimberly Clark for over 40 years, was an avid Green Bay Packer fan, and was a life-long member of St. Therese Catholic Church. Survivors include his six children, Jean Rathsack, Appleton; Jim (Sally) Stoffel, Appleton; Ken (Beck) Stoffel, Oshkosh; Rick (Rae) Stoffel, Freedom; Karen (Steve) Stroess, Appleton; Chris (Maureen) Stoffel, Appleton; ten grandchildren, Mike (Beth) Rathsack, Rob (Kim) Rathsack, Jenny (Joe) Brown, Lisa (Ben) Johnson, Lindsey (Josh) Golackson, Natalie (Tim) Gremore, Phillip Stoffel, Paul, Amie and and John Stoffel; five great grandchildren, Abbie and Tre Brown; Lily and Cademon Golackson, and Cole Johnson; his brother, Clement Stoffel; his sisters, Sr. Therese Ann and Sr. Benigna, Dolores Vander Heiden, and Therese Ann (Carl) Schroeder. Herb was preceded in death by his grandson, Brian Rathsack; his son-in-law Bob Rathsack; his sister, Sr. Joanella; his brothers, John (Ethel) Stoffel, Clair (Marie) Stoffel, Fred (Lorraine) Stoffel; and his brothers-in-law Jack McGinnis and George Vander Heiden; and his sister-in-law, Phil Stoffel. The Funeral Liturgy will be at 11:00 a.m. on Wednesday, May 10, 2006, at ST. THERESE CATHOLIC CHURCH, Morrison Street at Wisconsin Avenue, with Fr. William Hoffman officiating. Entombment will be in Appleton Highland Memorial Park. Friends may call directly at the church on Wednesday from 10:00 a.m. until the time of services.

In lieu of flowers, a memorial fund is being established in Herb‚Äôs name.