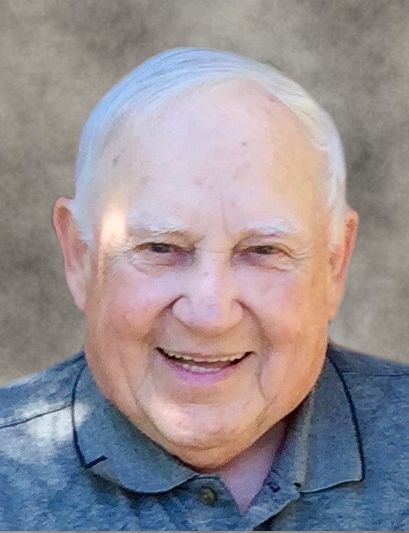 Herbert Batley age 81 of Menasha, Wi passed away at Theda Clark Hospital peacefully on Friday, March 16. Herbert was born on November 15th, 1936 in Menasha. He was the oldest of 5 siblings. He married Janice Van Asten (Mitzi) on May 6th, 1961 and they would be blessed with 5 children.

He attended St. Patrick’s grammar school and graduated from St. Mary’s High in 1955. One of his proudest basketball moments was winning the state championship as a senior. He was recently inducted into the Hall of Fame at St. Mary’s high school for this win. He continued his basketball career as a referee for 25 years.

He began working at an early age for his father’s grocery store delivering groceries and spent 1 year at St. Norbert’s College. He began his 33 year long career at the George Banta Company in 1966. After retiring he became an officer and member of BRAVO for 15 years. He also volunteered at the St. Joseph’s food pantry for 17 years. He served as an Alderman of the 5th Ward for 8 years.

He was passionate about history, his beloved Packers, Friday fish fry, his Irish heritage, the Brewers, basketball, politics, old fashioneds, brownies and more. He loved traveling with Mitzi to Alaska, Hawaii, Chicago, Florida, Germany, San Francisco and many national parks.

Herbie is survived by his wife Janice (Mitzi), his daughters/son in laws: Pam and Dave VanderZanden, Diane and Joe DeCoursin, Barbara and Charlie Price, Ellen and Ralf Kaller and his son Jim Batley, brothers: Ray and Sue Batley, Richie and Lori Batley, sister: Kay and Gary Laeyendecker along with 11 grandchildren, 3 great grandchildren, lots of nieces/nephews, and cousin Donnie Gosz. He is resting peacefully in heaven with his beloved Mother (Tessie) Father (Howard) and dear brother Gary and nephews Terry and Cameron.

He will be fondly remembered for his sense of humor, integrity and love for his family and many friends. In Lieu of flowers please make a donation to your favorite charity. Visitation will be starting at 9:00 am on Saturday, March 24th at St. Mary’s Church in Menasha with a mass at 11:00. Herbie would be perfectly happy if you would like to wear Packer clothing in his honor.