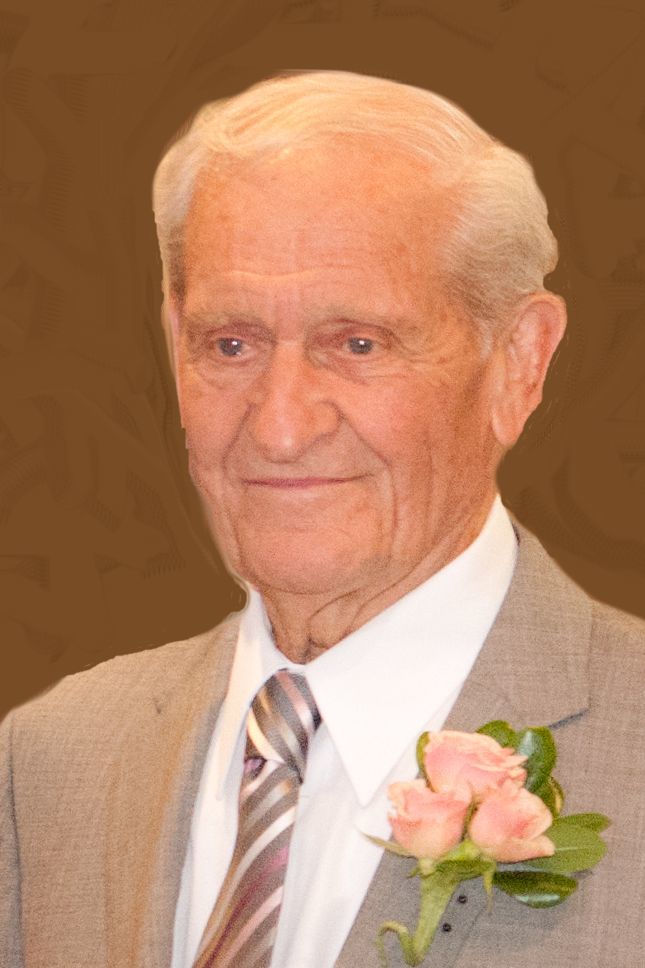 Herbert G. Steger, 88 years, passed away peacefully December 25, 2016 surrounded by his loving family. Herb was born February 11, 1928 in Sheboygan, Wisconsin. He moved with his parents to Glenbeulah, Wisconsin and later back to Sheboygan. He served his country in the Army, returned to the US and then met and began a six decade long love affair with Georgianna Walther which lasts to this day. They married on April 25, 1953. He worked at a car dealership which fostered a life-long love of automobiles. They moved with their young family to Appleton in 1966 where Herb and Georgie owned and operated Steger Nutrition Center for nearly 50 years, working side by side every day. He loved spending time at his cottages, most recently on Little Horn Lake near Townsend. Herb loved to putter in the garden and listen to polka music. He was a member of the Golden K Kiwanis Club. Herb also had a strong relationship with God to whom he traveled to meet on Christmas Day.

Never was there a man more dedicated to his family. Herb's kindness and generosity extended to his three children, their spouses, grandchildren and great-grandchildren. They will all greatly miss his love, his smile and his gentle laugh. He was a man of integrity with a huge heart and never ending love. He was a joy to all who knew him.

He is preceded in death by parents Thomas and Clara, brother Robert, brother-in-law Richard (Artiss) Walther and three nephews.

“Loving memories never die as years roll on and pass by.
In my heart a memory is kept of the ones I love and never forget.”