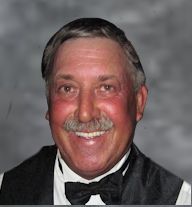 Henry Walter Conradt, Jr., better known as Hank, lost his courageous battle with esophageal cancer on February 21, 2016, at the age of 60. Hank was born in New London on October 28, 1955, son of the late Henry and Ruby (Leiby) Conradt. After graduating from Shiocton High School in 1973, he went to work at Appleton Asphalt. Following over thirty years of employment, he retired from Northeast Asphalt, where he was fondly known as “Hammerin' Hank”. Hank married the love of his life, Carol Theisen, on March 26, 1983 in Shiocton.

Hank loved to spend time with his three sons and their friends. The annual Conradt Campout was always a blast – he would mingle with the younger generation and soon became a living legend. Everyone loved him, and he always had a smile on his face. Hank also loved to eat, especially Grandma Ruby's casseroles, pickled pigs feet, and potato pancakes. A farm boy at heart, he longed to be outdoors enjoying God's creation on the farm, or by hunting and fishing.

Hank was preceded in death by his parents, a brother Roger, Carol's parents Robert and Marlyn Theisen, and a special nephew Lucas Schmidt.

The Christian Funeral Service for Hank will be held at 11:00 AM on Friday, February 26, 2016 at MESSIAH EV. LUTHERAN CHURCH, W7574 State Road 54 in Shiocton. Rev. Bradley Ragner will officiate, and burial will follow in the Bovina Township Cemetery. Friends and family are invited to gather at the Wichmann Funeral Home, 537 N. Superior Street in Appleton on Thursday from 4:00 PM until 8:00 PM, and again Friday morning at the church from 10:00 AM until the time of service. For more information or to share a memory of Hank, please visit www.wichmannfargo.com.

The family is deeply grateful to the many people who have given so much of themselves during Hank's illness. The staff at Fox Valley Hematology and Oncology was simply amazing, especially Dr. Vijay Chaudhary. Thank you also to the dedicated staff at Appleton Medical Center, the Mayo Clinic in Rochester, Minnesota, and his family physician, Dr. Melanie Rohloff.

Our dear friends, Millie Severson and Jerry Bickler were there to help at every turn, Hank's loving sister Ruth served as his 24-hour companion and caregiver, Reed Meltz came many times to help with things around the house, and Pastor Brad Ragner has been a never-ending source of spiritual comfort to all of us. We love you all, we thank you all, and we will forever remember your kindness to our family.