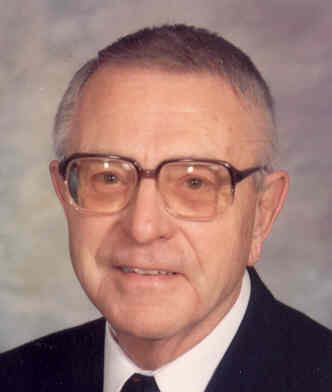 Age 79, died Monday morning July 28, 2003, following a brief illness. He was born December 21, 1923, to the late Reinhard and Margaret (Heindle) Hoffmann, in Kaukauna and moved to Appleton in 1936. Henry served with the U. S. Army during WW II from 1943 to 1946. He was employed by H. C. Prange Company, retiring in 1985 after 43 years of employment. Henry then worked part-time for Prangeway until they closed in 1996. Henry was a member of St. Mary Catholic Church and was the director of the Adult Choir. He also directed the two choruses at the Thompson Community Center in Appleton. He is survived by two daughters, Peggy ‚ÄúMargaret‚Äù Hoffmann-Rose and her fianc√©, Eric Rausch, Appleton; Catherine ‚ÄúKate‚Äù Hoffmann, Appleton; a son, Michael Hoffmann, Appleton; a granddaughter, Pearl (Jason) Kiper; and a great granddaughter, Zen, Tempe, AZ. He is further survived by two sisters and a brother-in-law, Eva and Rinert ‚ÄúDick Wenzel, Kaukauna; and Doris Kerry, Shawano. He was preceded in death by his wife, Mary Agnes (Schneider) Hoffmann, September 12, 1991, three sisters and four brothers-in-law, Irma and John Hamilton, Gertrude and George Kailhofer, Margaret and Melvin Mainville and Jack Kerry. The funeral liturgy for Henry will be held at 10:00 am, Saturday, August 2, 2003, at ST MARY CATHOLIC CHURCH, 312 South State Street, with Father Michael K. O‚ÄôRourke officiating. Burial will be in St. Mary Cemetery. Friends may call at the funeral home from 4 to 8 pm, Friday and on Saturday at the church from 9:00 am until the time of the mass. A parish prayer and scripture service will be held at 7:00 pm, Friday. A memorial fund is being established for the music ministry of St. Mary Catholic Church and for the Thompson Community Center.

Yea though I walk through the valley of the shadow of death I will fear no evil: for Thou art with me.