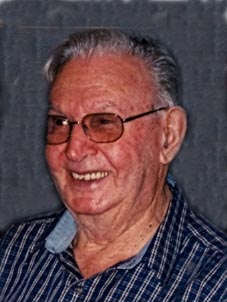 Henry Ketels passed away peacefully, surrounded by his loving family on Wednesday, March 25, 2009 at the St. Paul Home in Kaukauna. Henry was a devoted husband, father, grandfather and great-grandfather who loved to spend time with his family. Henry loved the outdoors, hunting, fishing, gardening and sharing his love of nature. He was a great storyteller and amazed his family with his great memory and many adventures.

Henry was born on June 25, 1916 on Hill Street in Little Chute. He moved to Kimberly shortly thereafter and spent the majority of his life there working for Kimberly Clark and Midtec. Henry served our country in the United States Army during WWII. He lived in Kaukauna during his retirement years. Henry spent the last five years at the St. Paul Home in Kaukauna. We want to thank them for their loving care and taking time to listen to his many adventures.

The funeral liturgy for Henry will be held at 11:00 am on Saturday, March 28, 2009 at ST. KATHARINE DREXEL – ST. AL'S SITE, 2401 Main Avenue, Kaukauna. Father Jerry Pastors will be officiating. Burial will take place at St. Mary Catholic Cemetery. The visitation will be held on Saturday at the church from 9:30 am until the time of mass. Memorials to St. Katharine Drexel or St. Paul Elder Services are appreciated.