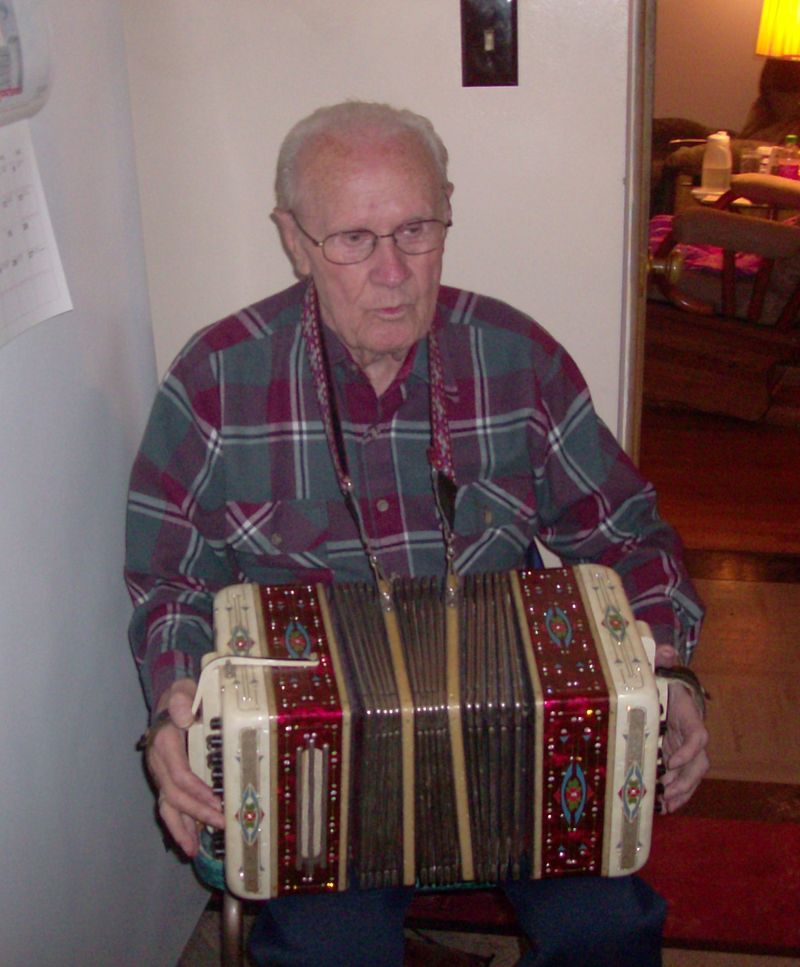 Hank Kalz, age 93, passed away at a local nursing center on Monday morning, February 11, 2013. Hank was born in Langlade County, Wisconsin, on April 25, 1919. He was the son of the late Josef and Katherine Schaefer. In 1945, he married the former Jeanette Kielbasa in Appleton; she preceded him in death in 1976. For over forty years, Hank worked at Riverside Paper in Appleton where he was a member of the Quarter Century Club. His great love, as everyone knows, was playing the accordion. He got his first instrument at the age of twelve and had played ever since. He and his sons Dennis and James formed a group known as the Three K's, and enjoyed playing at dances and other events in the area. Many times, Hank would even bring his accordion out to the driveway, and treat his friends and neighbors to some lively music. Later in life, he enjoyed the companionship of his friend Lucy, as they sang, danced, and followed the travels of his favorite polka bands.

Hank is survived by four sons: David Kalz of Appleton; Ken Kalz (Heidi Otteson ‚Äì O'Brien) of Port Clinton, Ohio; Dennis (Yvonne) Kalz of Danville, Virginia; and James Kalz of Weyauwega; there are eight grandchildren: Brian, Robert, Jeffrey, Christopher, Madison, Cathy, John, and Peter; and seven great-grandchildren. Henry is also survived by his former son-in-law: Dennis Daniels of Waupaca, as well as many nieces, nephews, and other relatives. He was preceded in death by his parents, his wife Jean, a daughter Joan, and by his many brothers and sisters.

The funeral liturgy for Hank will be held at 2:30 PM on Saturday, February 15, 2013 at ST. THERESE CATHOLIC CHURCH, Morrison Street at Wisconsin Avenue in Appleton, with Fr. William Hoffman officiating. Interment will be in Highland Memorial Park. Friends may call at the Wichmann Funeral Home on Friday evening from 4:00 PM until 8:00 PM, and again at the church on Saturday afternoon from 1:30 PM until the hour of the services. Online condolences may be offered at www. wichmannfargo.com. In lieu of flowers, the family has suggested contributions to Hank's memorial fund.