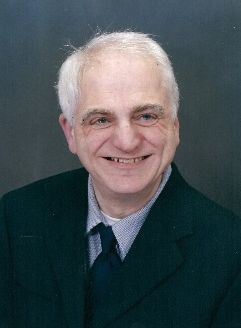 Henry J. Van Nuland, found eternal peace on January 6, 2017, at the age of 64. He will be dearly missed by his sisters, Lynn Sprangers (Mike Gousha) of Fox Point, WI and Debra (Steve) Weber of Carmel, IN, his three loving nieces, Amber (Chris) Van Den Berg of Westfield, IN, Lindsay (Mike) Emer of Wauwatosa, WI and Shannon (Brendan) Kelly, Minneapolis, MN and his grandniece and grandnephew Avery and Tyson Van Den Berg. Henry also enjoyed the kindness and attention of many aunts, uncles and cousins from the Van Nuland and Cops families.

He was born on September 15, 1952, the oldest child of Joe and Dorothy (Cops) Van Nuland. He will be buried alongside his parents who will be the first to welcome him to his eternal home. While he lived with a significant developmental disability, Henry's life was filled with the love and care of so many. He grew up in Kimberly and the “Ann Street” kids were protective and inclusive whenever possible. Henry spent a short time at St. Coletta School (Jefferson, WI) and 30 years at Northern Wisconsin Center (Chippewa Falls, WI) before moving to Russert Court Group Home in 1994. He lived out his life there which gave him opportunities to attend performances at the Fox Cities PAC, take in a ballgame, and enjoy family reunions and car rides, especially when they ended in lunch or a stop for ice cream. Henry's life was much too short but he did more to help people appreciate their own good health and good fortune than he will ever know.

The family wishes to thank the Clarity Care staff at Russet Court; Dr. Jessica Johnston-Rickert and Dr. Thomas Rowell for their long-standing attention to Henry; and, the medical team at ThedaCare-Appleton, especially Dr. Ben Duffy, for their care in Henry's final days.

Funeral services for Henry will be at 12:30 p.m. on Sunday, January 15, 2017, at the WICHMANN FUNERAL HOME, 537 N. Superior Street, Appleton, with Deacon Bud Klister officiating. The visitation will begin at 11:00 a.m. In lieu of flowers, the family respectfully requests that memorial contributions be made to SOAR Fox Cities, 211 E. Franklin, Suite A, Appleton, WI 54911, a local non-profit that serves adults with developmental disabilities or to a charity of your choosing. Online condolences may be offered at www.wichmannfargo.com

For our present troubles are small and won't last very long. Yet they produce for us a glory that vastly outweighs them and will last forever. Corinthians 4:17