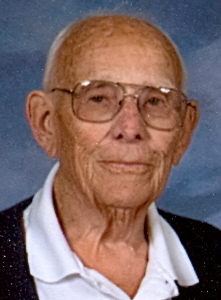 Henry “Hank” Dictus, age 88, died peacefully at home on Sunday, February 28, 2010. He was born on September 12, 1921, the son of the late William and Catherine (Schiks) Dictus. Hank was a 1939 graduate of Kimberly High School. In 1942, he enlisted in the United States Army. He served his country honorably during World War II, member of the 33rd Division, 130th Infantry, Co I-military occupational specialty Scout 761. He served in the combat areas of New Guinea, Molo Tai and the Philippines. During his 3 ½ years in the South Pacific, he was the recipient of the Bronze Star and the Purple Heart medals. In 1950, Hank married the love of his life, Alma Emmers, at St. Paul's Catholic Church in Combined Locks. She preceded him in death in March of 2008. He was employed at Kimberly-Clark Corp. for 36 years until his retirement in 1977. Hank was a life member of the Military Order of Purple Heart, American Legion Post 60, the Kimberly Community Band for 57 years, the Black Hawk Army Band and the Catholic Knights Branch 294, where he served as Vice President, Secretary and Treasurer.

Hank's family would like to extend a sincere thank you to ThedaCare at Home Hospice, special caregivers, Mary Littiebrant, Julie Leeder and Dr. Douglas Moard, Holy Spirit Parish and all those who supported our family with prayer.

In lieu of flowers, a memorial fund has been established in Henry's name.

A Funeral Liturgy will be held at 12:00 p.m. on Wednesday, March 3, 2010 at Holy Spirit Parish, 600 E. Kimberly Avenue, with Fr. David Beaudry officiating. Friends will be received at the church from 10:00 a.m. until the time of service. Military honors and interment will be held at Holy Name Cemetery following the Mass.