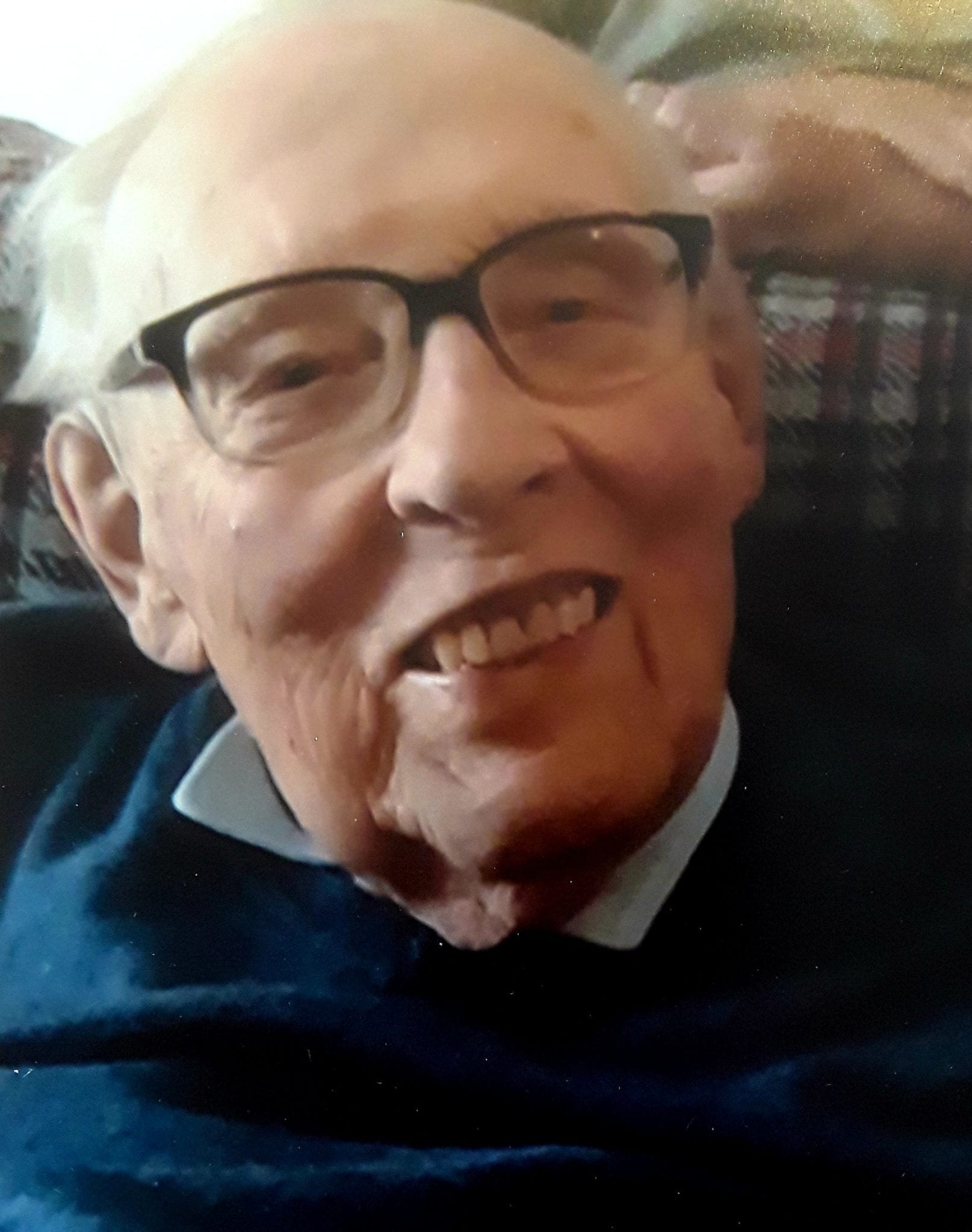 Henry Becher
July 8, 1918 - April 11, 2020
Print
Email
Service
Henry's graveside service can be viewed here at 1:00 PM on Thursday, April 16, 2020 and will be uploaded when complete
Henry will be laid to rest at St. Mary Cemetery in Appleton and a public mass at St. Joseph will be held at a later date

Henry was born July 08, 1918 in Appleton, Wisconsin, an only son of the late Joseph and Ursula Balza Becher.  After completing High School locally, Henry graduated from Marquette University in Milwaukee Wisconsin in Business.  Henry was a veteran and received an Honorable Discharge from the Army–Air Forces of the United States in October 1942.

Henry worked for the Banta Printing Company in Menasha, Wisconsin for nearly 40 years.  After retirement, he remained active in his community in many volunteer organizations including St. Joseph’s Catholic Parish Food Program in Appleton, Fox Valley Technical Institute where he taught English as a second language, and Leaven.

Henry enjoyed many active sports including golf, walking, biking, and swimming.  He always valued continual learning, reading, spending time with his family, and helping others.

Survivors include his daughters, Carol and Karen, six grandchildren, and eight great-grandchildren.  Henry was preceded in death by his parents, and his loving wife of 63 years, Mary Bodendein Becher.

Henry’s family would like to extend a special thank-you to all who cared for him.

A funeral liturgy for Henry will be held at a future date to be determined, at St. Joseph Catholic Church, 404 W. Lawrence Street, Appleton, Wisconsin.

Service
Henry will be laid to rest at St. Mary Cemetery in Appleton and a public mass at St. Joseph will be held at a later date
Send Flowers & Gifts
Charity
Donate Now