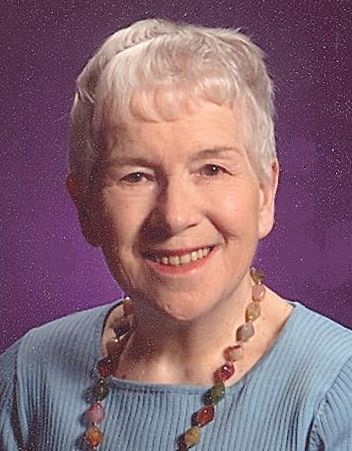 Helen Gray, age 84 of Menasha, passed away on Sunday, June 7, 2015 at St. Elizabeth Hospital. She was born on June 30, 1930 in Kansas City, Missouri, to the late Clarence Ira and Minnie E. (Sealand) Patton. The Kachinskys resided in Wisconsin since 1954, relocating from Kansas City and Chicago. They lived in Fond du Lac, Madison, Appleton, Seymour, Green Bay and Allouez. After the divorce, Helen lived in the Fox Cities. She remarried Allen W. Gray in 1980 and divorced in 1990, after which she became manager of Valley Health Services in Menasha. Her prior employment was in real estate sales for twelve years. After retirement she held part-time positions until 1999.

Helen is survived by her children: Len (Barbara) Kachinsky of Neenah, Maggie (Jim) Queisser of Elkorn, and Barry Kachinsky of Annandale, Minnesota; grandchildren: David, Noelle, and Brian Kachinsky. She was preceded in death by her brothers, Richard J. and Jack Edward Patton.

The funeral liturgy for Helen will be held at 11:00 am on Thursday, June 11, 2015 at ST. BERNARD CATHOLIC CHURCH, 1617 W. Pine Street in Appleton. Fr. Dennis Ryan will be officiating. Inurnment will take place at St. Mary Cemetery in Appleton. The family will receive relatives and friends on Thursday at the church from 9:30 am until the time of mass. In lieu of flowers, memorials to Fox Cities Greenways and the USO (United Service Organizations) are appreciated. Online condolences can be offered at www.wichmannfargo.com.