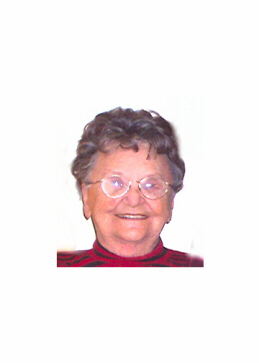 Passed away on Monday, September 5, 2005. Helen was born in Menasha on December 20, 1915, daughter of the late Elias and Lucille (Urban) Bayer. On June 4, 1935 she married Gilbert Weiland in Menasha; he preceded her in death in June of 1995. In her younger years, Helen enjoyed bowling at Hahn‚Äôs Lanes in Appleton. She also was a talented crafter, and enjoyed crocheting, sewing, knitting, and spending time with her family at the cottage on Loon Lake. Everyone will fondly remember how she looked forward to and enjoyed Friday night fish fries.

Helen is survived by a daughter: Suzanne Taubel of Appleton; a son: Thomas (Carol) Weiland of Green Bay; four grandchildren: Michael (Janice) Weiland and their children Allison and Eric; Terri (Darin) Schroeder and their children Brooke and Morgan; Theresa (Joseph) Vorpahl and their children Anthony and John; and Steven (Kathy) Weiland and their son Gaven; a brother: Marseilles (Grace) Bayer of Menasha; two sisters: Virginia Pozolinski of Menasha and Marian Lynch of Appleton; a sister-in-law: Mildred Kositzke of Appleton. Helen was preceded in death by her parents, her husband Gilbert, a son-in-law Larry Taubel, a brother Norbert Bayer, a sister-in-law Dorothy (Fritz) Buss, and brothers-in-law Bernard Pozolinski, Sylvester Lynch, and Howard Weiland.

The funeral liturgy for Helen will be held at 10:30 AM on Thursday, September 8, 2005 at ST. JOSEPH CATHOLIC CHURCH, 410 W. Lawrence Street in Appleton with Fr. Ken Reinhart officiating. Entombment will follow at Highland Memorial Park. Friends may call directly at the church on Thursday from 9:00 AM until the hour of the service.