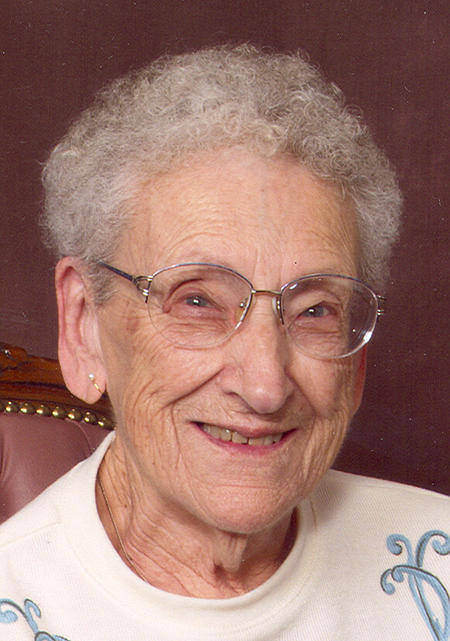 Age 95, of Menasha, formerly of Appleton, died on Saturday, May 17, 2008.
She was born August 2, 1912, in Black Creek, the daughter of the late John and Margaret (Kitzinger) Stadler. Helen married Arthur Stingle on October 25, 1933, at St. Mary's Catholic Church in Black Creek. They celebrated their 50th anniversary on October 25, 1983. He preceded her in death on March 26, 1985.
Helen was a member of St. Pius X Catholic Church, and the Women's Society. She was a homemaker all her life.

The funeral mass for Helen will be celebrated at 11:30 a.m. Thursday, May 22, 2008, at ST. PIUS X CATHOLIC CHURCH, 500 West Marquette Street, with Father Quinn Mann as celebrant. She will be laid to rest in the Star of Hope Mausoleum, Highland Memorial Park. Visitation will begin at 9:30 a.m. Thursday until the time of mass at the church.
In lieu of flowers, a memorial fund will be established for St. Pius X Church.

The family would like to thank everyone at Oakridge Gardens Nursing Center and Heartland Hospice for their loving care.