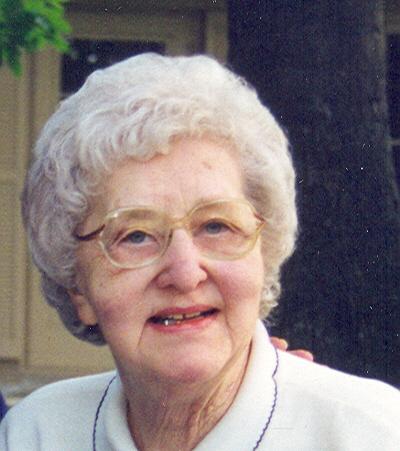 Helen Theresa Hankey, age 84, passed away peacefully at her home Monday, March 1, 2004, after several years of failing health. Helen was born on March 24, 1919, in Madrid, New York, daughter of John C. and Anna (O‚ÄôBrien) Hughes. After attending local schools in Madrid, Helen graduated from Potsdam Normal Teachers College and taught in a one-room school for two years. During the war years she moved to Fulton, New York, where she worked as a supervisor at the Sealright Company. After her marriage to John D. Hankey on May 30, 1952, in Fulton, Helen moved to Wisconsin and made Appleton her home.

While raising her children, Helen worked as a teachers‚Äô aide for Appleton Public Schools. From 1977 until her retirement, Helen worked alongside her husband in the family business they established, John D. Hankey and Associates. She delighted in her children and grandchildren and enjoyed numerous pastimes, from gardening and golf to playing bridge and solving crossword puzzles which helped keep her sharp as a tack. Helen was a member of St. Mary Catholic Church.

According to family wishes, private funeral services were held. The family would like to express their sincere thanks to ThedaCare Hospice for the care and support Helen received. In lieu of flowers, a memorial has been established in Helen‚Äôs name to benefit St. Mary Catholic Church or the American Diabetes Foundation.
WICHMANN FUNERAL HOME
537 North Superior Street
Appleton 920-739-1231
www.wichmannfuneralhomes.com