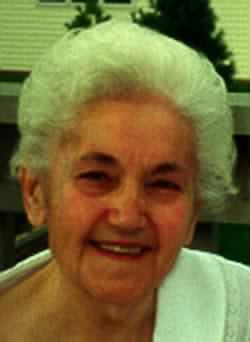 Age 81, passed away at Franciscan Care Center on Monday, October 7, 2002. Helen was born on August 18, 1921, in Chicago, daughter of the late Paul and Anna (Tugodis) Grakauski. She married John O. Forslund in Chicago on August 30, 1946. John preceded her in death in April, 1995. Helen retired from Kmart Corporation 20 years ago after 13 years of service. She enjoyed a friendly football rivalry with her family as she was a Bears fan. She always looked forward to her trips to the casino and playing the slot machines.

The family extends a special thank you to the staff at Franciscan Care Center for their compassionate care of Helen.

Memorials in Helen‚Äôs name are appreciated.