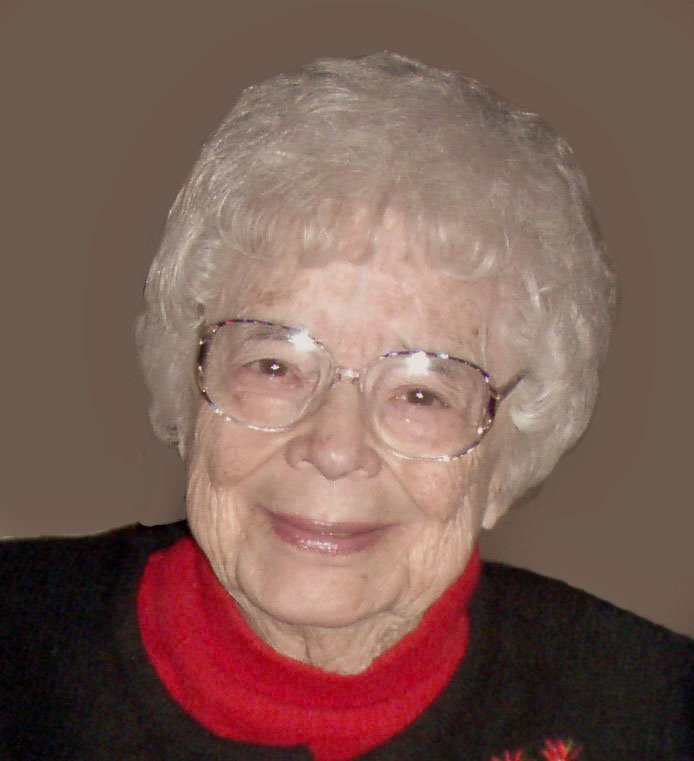 Helen E. Cloud
August 5, 1928 – February 6, 2014
Age 85, of Appleton, passed on Thursday, February 6, 2014 at The Heritage Assisted Living Center following a brief illness. Helen was born in Los Angeles, CA on August 5, 1928 to the late Clarence and Myrtle (Leak) Kiech. After graduation from South Pasadena High School, Helen attended Colorado College where she met her husband to be Dan Cloud. At Colorado College Helen was a proud member of the Kappa Alpha Theta sorority, an affiliation she maintained throughout her life through the Theta Fox Cities Alumnae Association Chapter.

Helen and her family moved to Appleton in January of 1953 after Dan and his father Clay purchased the local Buick dealership. Although she carried the title of Vice-President of Cloud Buick Co., being a full-time mom to her three children was her real vocation and the family used to joke that Helen's primary job responsibility at the dealership was addressing the invitations to the annual employee Christmas party. Cloud Buick and Honda was sold upon Dan's retirement in 1996 after 43 years in business.

Helen was a member of the Charity Circle of King's Daughters, served on the Board of the Red Cross, and volunteered for the “Meals On Wheels” program. In addition, she was a longtime member of the First Congregational UCC Church in Appleton as well as Butte des Morts Country Club. One of the great loves of her life was card games, in particular Bridge, at which she was an accomplished player.

A memorial service for Helen will be held at 11:00 AM on Monday February 10, 2014 at the First Congregational UCC Church, 724 E. South River St., Appleton. Friends may visit directly at the church on Monday from 9:30 AM until the time of the service. Online condolences may be expressed at www.wichmannfargo.com. In lieu of flowers, memorials may be directed to the Dan and Helen Cloud Family Fund at the Community Foundation for the Fox Cities, 4455 W. Lawrence St., Appleton, WI 54914.

The family would like to thank the caring staff at the Heritage as well as the staff of Theda Care Hospice for the wonderful assistance they provided to Helen during her final days.