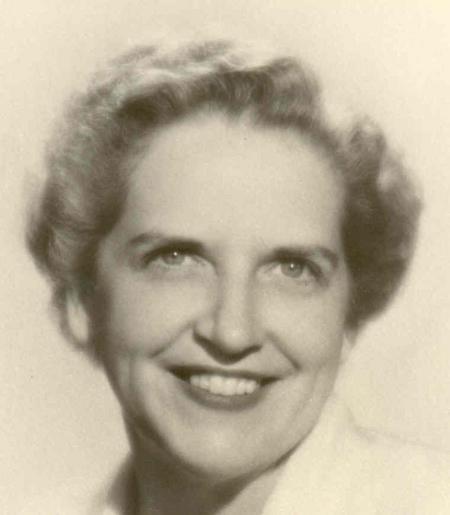 Age 95, of Appleton, passed away Monday, August 25, 2003 at Peabody Manor. Helen was born June 19, 1908 in Chicago, daughter of the late Xenophon and Alzora (Mason) Vickrey. In her childhood, she lived two doors away from the poet, Carl Sandburg, and Helen often played with his daughter, Margaret. She earned a teaching degree from Chicago Teachers College in 1928, then taught kindergarten at the company school of the Tennessee Iron and Railroad Company in Ensley, Alabama for two years, and for one year in Mishawaka, Indiana. At that time, all the kindergartens were closed due to the Depression, so Helen then worked as a legal secretary in Chicago, and continued with that job for four years.

She married Packer Brown on December 20, 1934. Packer and Helen first made their home in the Chicago area, then moved to the Quad Cities in Iowa in 1954 where Packer established his own business. After retirement, Packer and Helen enjoyed many happy years traveling across the country as Packer pursued his ‚Äúsecond career‚Äù as a professional photographer. Packer and Helen spent 46 wonderful years together until his death in 1980.

In 1991, Helen moved to The Heritage Retirement Center in Appleton where she lived until last year. She made many friends at the Heritage to add to her long list of Chicago and Iowa friends. Helen was probably best known for her avid interest in bridge, a game she never tired of playing and perfecting. She could also spend hours poring over a jigsaw puzzle. Above all, Helen will be remembered as one who never said an unkind word about anyone, who always had a ready smile, and who possessed an unfailingly positive outlook on life.

Helen is survived by her only daughter, Linda (Rick ) Bjella and her three grandchildren, Sarah, Eric, and Megan, who were the lights of her life. She is also survived by one great-grandchild, Jaz Montes; a nephew, Dr. John F. (Carol) Vickrey, Bethlehem, Pennsylvania; and a niece, Barbara (Louis) Vickrey Staff, Laguna Woods, California. She was preceded in death by her parents, her husband, and her brother, John Fred Vickrey.

In accordance with Helen‚Äôs wishes, a private family graveside service will be held in Davenport, IA where she will be laid to rest alongside her soul mate, Pack. In lieu of flowers, the family requests that memorial gifts be made to one of the three organizations for which Packer and Helen established unitrusts: the Davenport Municipal Art Gallery, the Bettendorf Public Library, or the Quad Cities Symphony Orchestra. Gifts may be sent to any one or all of these organizations in care of the Helen Brown Memorial, First Midwest Bank Trust Division, P. O. Box 990, Moline, Illinois 61265.

The family would like to express their heartfelt gratitude to the superb staff at Peabody Manor who offered Helen such loving and tender care throughout the past year.

‚ÄúBe like the bird
That, pausing in her flight
Awhile on boughs too slight,
Feels them give way
Beneath her yet sings,
Knowing that she hath wings‚Äù