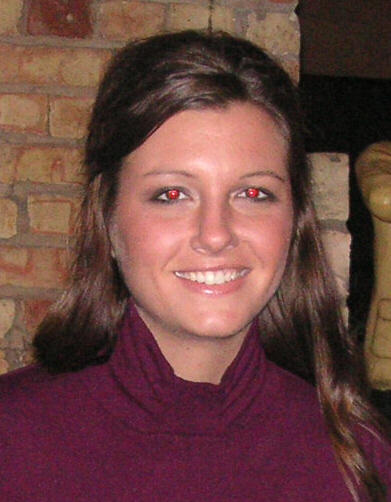 Age 28, passed away at home, surrounded by her family and friends, on Friday, May 7, 2010 after a valiant battle with Neuroendocrine Cancer. She was born in Appleton on February 4, 1982, the daughter of Tom and Sue (Martin) Harke. On January 26, 2008 she married her beloved husband in Appleton, Nicholas Schwartzbauer. Heather was a customer service manager for Wolfmark. She was very fond of the outdoors including: spending time at her parent's cabin on Boulder Lake, swimming, jet-skiing, time on the pontoon boat, four wheeling, playing volleyball and basketball, having camp fires and roasting hotdogs and marshmallows, snowboarding, traveling and going on cruises. Heather will be fondly remembered for her baking and cooking, her love of her husband, snuggling with and reading to her daughter, Ava (her Snuggle Bunny), and her special dog, Jade.

The family extends a special thank you to Affinity Hospice team, especially Jackie and Jen, the doctors and nurses at U.W. Hospital in Madison, and the staff at Fox Valley Hematology and Oncology, for their compassionate and wonderful care.

A memorial fund in Heather's name is being established.

“When life gives you a hundred reasons to cry, show life you have a thousand reasons to smile.”