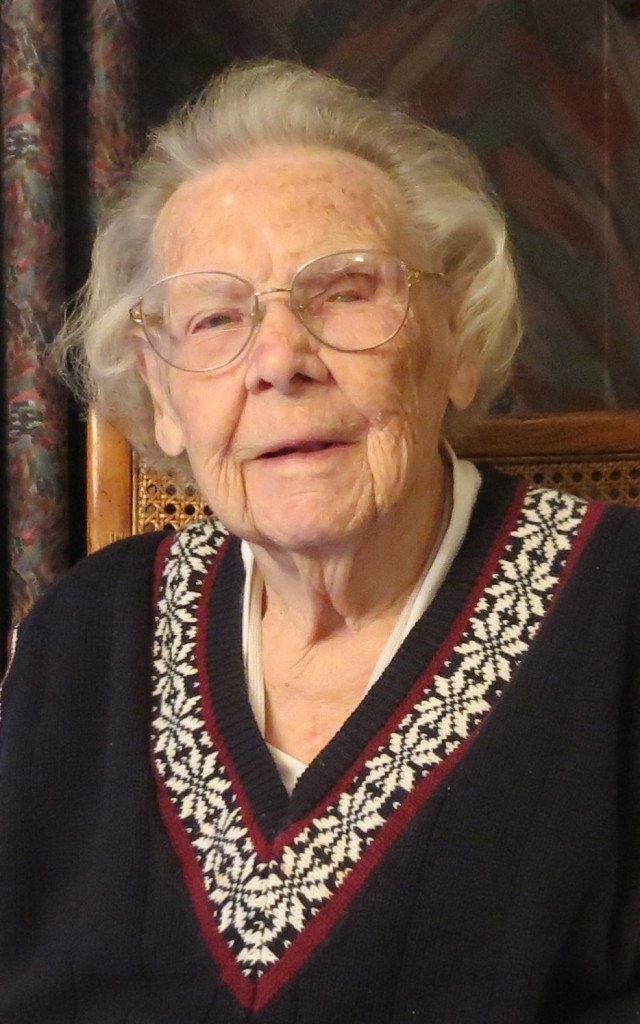 Hazel Hougen was born at the home of her grandparents in rural southern Illinois on December 23, 1914 to Frank and Elizabeth Cox. She died on December 11, 2018, twelve days before her 104th birthday.

In her early years Hazel lived on a farm where her father worked as a hired hand. In 1919 her grandfather died, they moved into the family home and she began attending a one room schoolhouse two miles away in Annapolis. At age seven the family moved into town to be closer to school after she broke her leg while helping her father cut wood for the winter. In 1933 the impact of the Great Depression plus a friend’s offer to help her find work influenced her to move to Chicago. She became a nanny and maid for $5 a week and saved her money to attend beauty school. After graduation her instructor offered Hazel and a classmate jobs in her salon at the Montrose Beach Hotel. Several years later the two classmates purchased the business in partnership.

Hazel married Marvin J. Esch on July 4, 1942. They briefly lived in St. Louis, started a family, returned to Chicago for a few years, then followed his work with Ford Motor Company to Detroit, Michigan and Des Moines, Iowa. Marvin died in 1963. Hazel continued living and working in Des Moines until her marriage to Chester O. Hougen on May 23, 1974. They moved to Leesburg, Florida, traveled, played golf, bought and managed an apartment complex and enjoyed life together. After Chet’s death in 1982, Hazel continued living in Florida until health issues brought her to Appleton, Wisconsin, where her daughter and husband were living.

Hazel was a humble woman who always faced adversity with a positive attitude and made the best of any situation. She loved playing bridge, cooking, cleaning and sewing and made many friends wherever she went.

The family wishes to thank the many wonderful caregivers at The Heritage and the staff and nurses of hospice for their compassion and expertise.
A private family service will be held in the spring. Interment will take place in Chicago, IL next to her first husband and in Appleton, WI where she spent the last 19 years of her life. Memorials may be directed to Thedacare Hospice.