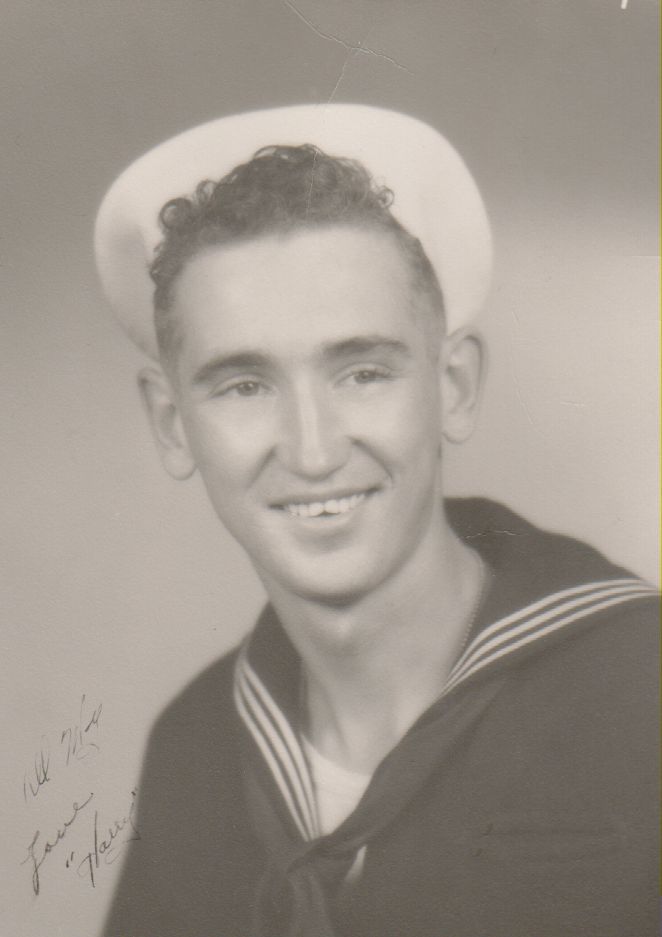 Harry J. Wirth, age 86, passed away peacefully with his wife by his side, on Sunday morning, June 4, 2017, at Century Oaks Assisted Living. Harry was born on February 22, 1931, in Kaukauna, oldest son of the late Harold Sr. and Helen (Dix) Wirth. Harry graduated from Kaukauna High School in 1949. During his high school years, he played trumpet in the school band and was also a gifted boxer, a sport that he continued during his Navy years. Harry honorably served in the United States Navy from 1949 to 1956. In 1951, Harry met the love of his life, Diane Vander Zanden, and married her a year later on July 1st, 1952. They enjoyed almost 65 years of marriage.

Harry had many interests. He was involved in the Lions club where he had many roles including; President, Vice President, Lion Tamer and received the Melvin Jones Fellow award in 1994. He also belonged to the Kimberly Community Band as a trumpet player participating in many parades and concerts. Harry was an avid golfer. He was a member of the Fox Valley Golf Club, and enjoyed the camaraderie of his golfing buddies. In 2003, at the age of 72, Harry was thrilled to get a hole-in-one on the #8 hole. He loved watching his grandkids playing in all types of sports. In his early years, Harry pitched in the fast pitch soft ball league, as well as sponsoring and participating in various bowling leagues. In the early 70's, he coached basketball at St. Mary's grade school. Harry and Diane enjoyed many years at their Legend Lake home with family and friends. He was also an ardent Packer Fan. Harry was a skilled dancer, although the only one able to keep up with him was his wife Diane.

Harry's passion for the bakery industry actually started when he was a teenager helping out at Kalupa's Bakery (now Hill Top Bakery). Later, with a young wife and growing family, Harry pursued other opportunities in the field. Stops at Omar's Bakery in Milwaukee, Elm Tree Bakery in downtown Appleton, Mason's Bakery in Florida culminating with six years as supervisor of the Super Value chain in Waukesha. In 1969, the opportunity to purchase Hill Top Bakery (formerly Kalupa's), lured Harry and Diane with their family of eight back to Kaukauna. The challenge of owning his own bakery, with its daunting hours and hard work was demanding but rewarding to both Harry and Diane. With their children's help it was truly a family affair. Hilltop Honey House, a holiday classic and nationally distributed for many years (and still is) epitomized Harry's legacy at his Kaukauna bakery. They owned Hilltop for 26 years until their retirement. However, Harry continued to decorate cakes, work holidays, and mentor employees until he was 80. He retired and passed down the bakery to his daughter Lynn and husband Mark. In 2009, Harry was inducted into the Wisconsin Bakers Hall of Fame.

The Funeral Liturgy for Harry will be held at 11:00 a.m. on Thursday, June 8, 2017, at HOLY SPIRIT/HOLY NAME CATHOLIC CHURCH, 600 East Kimberly Avenue, Kimberly, with Father Bob Kollath officiating. A time of visitation will be held on Wednesday, June 7, 2017, at the JANSEN FARGO FUNERAL HOME, 204 East Kimberly Avenue, Kimberly, from 4:00 p.m. until the time of the prayer service at 7:00 p.m. Visitation will continue at CHURCH on Thursday, from
9:00 a.m. until the time of Mass. Online condolences may be expressed at www.wichmannfargo.com

Diane and the entire Wirth family would like to thank Dr. Elmer, Hospice caregivers, and the staff at Century Oaks for their kindness and support through this difficult time.