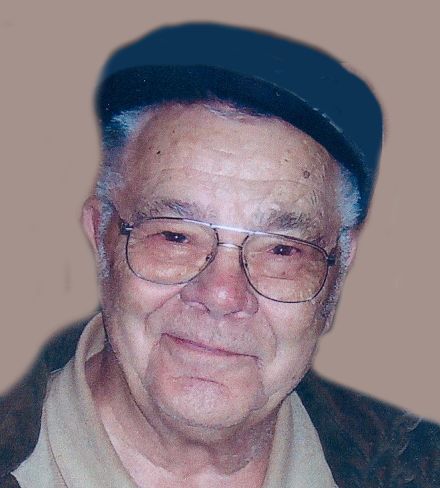 Harry Vanden Boogard, 87, passed away on Saturday, April 25, 2015 at St. Paul Home in Kaukauna. Harry was born February 11, 1928 in Little Chute, son of the late Henry and Mary (Van Groll) Vanden Boogard. On April 29, 1950 he was united in marriage to Gladys Schuh at Holy Name Parish. Gladys preceded Harry in death in 2012.

Harry's entire life was spent as a dairyman. He was born to a dairy farm family, delivered milk for various dairies, and spent the biggest part of his life working for Morning Glory, mostly making their delicious ice cream. His five children were lucky enough to receive plenty of samples when they were young. He was an avid outdoorsman who especially enjoyed pheasant hunting, and was a longtime member of the Oshkosh Gun Club.

The funeral liturgy for Harry will be held at 4:00 PM on Wednesday, April 29, 2015 at ST. PAUL CATHOLIC CHURCH, 410 E. Wallace Street in Combined Locks, with Fr. Andrew Kysely officiating. Burial will be in the church cemetery. Family and friends are invited to gather at the church on Wednesday afternoon from 2:00 PM until the time of the service. Memories may be shared by visiting www.wichmannfargo.com.

The family would like to thank all of the special angels at St. Paul Elder Services. We will never forget your love, care, and compassion.