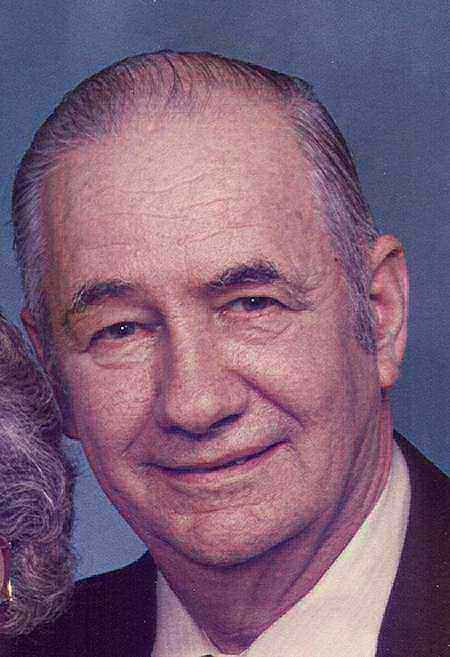 Age 83, passed away on Friday, September 2, 2005 at Manor Care Health Services after a lengthy illness. Harry was born on November 27, 1921 in Antigo, Wisconsin to the late Wenzel J. and Mabel P. (Jones) Mach. He graduated in 1942 from Antigo High School and had already joined the U.S. Army Air Corps for a four year tour of duty. While in the Air Corps he was in the movie ‚ÄúBombardier.‚Äù On November 22, 1947 he married Dorothy Houdek in Neva, Wisconsin and they shared 57 wonderful years. Mr. Mach worked for Chicago Northwest Railroad for 36 years, retiring in 1981 as an engineer. Harry was a very generous man, always willing to help anyone in need. He was a member of ERA, and as an active member of St. Therese Parish he was an usher, helped out at church picnics, and any other way he could. He loved fishing, old cars, camping, and since his retirement he enjoyed spending time with his grandchildren by the pool.

In addition to his parents he was preceded in death by his brothers and sister-in-law, Stanley and George (Bea), and sisters and brothers-in-law, Florence (Richard) Pullman, and Evelyn (Russell) Steinfeldt.

Funeral mass for Mr. Mach will be on Wednesday, September 7, 2005 at 11 a.m. at St. Therese Catholic Church, Morrison Street at Wisconsin Avenue, with Father John Becker officiating. Friends may call at the funeral home on Tuesday, September 6 from 4 until 8 p.m. and again at the church on Wednesday from 10 a.m. until the time of the mass. A memorial has been established in Harry‚Äôs name.

The family would like to thank the staff at Manor Care, Everyone at Dr. Rigstad‚Äôs office, and the caring people of Heartland Hospice for all the care they offered.