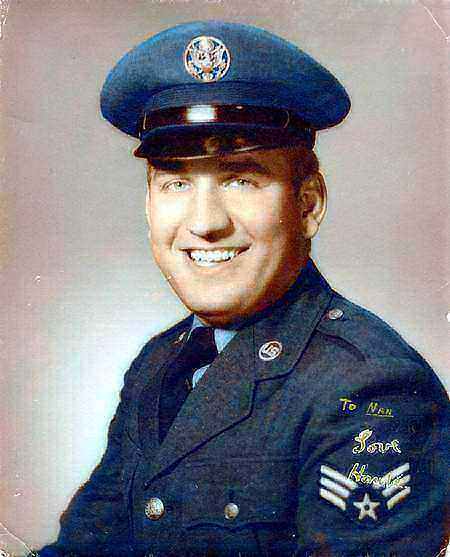 Beloved husband, father and grandfather passed away peacefully with his family at his side on Wednesday, December 5, 2007, at the age of 74. Harold was born on April 10, 1933. He joined the Air Force in 1951 and retired in 1971 after 20 years of military service. His service for his country included a tour of duty in Vietnam. He met his wife, Nancy Kaye Smith, in 1957 while on leave. They married in 1958. After his retirement from the Air Force he worked for 18 years as the Sexton of the First Presbyterian Church of Neenah. He is survived by his wife, Nancy, his children Harold, Jr., Thomas (Amy) and Iola (Dan Van Oss), his grandchildren Victoria Ellen (Kurt Taylor) and William Baxter. He is also survived by his sisters Francis, Mary, and Rita and brother Joseph. He was preceded in death by his mother and brother, Andy. He will be greatly missed by many and liked to say he never met a stranger.

Funeral services for Harold will be held at 5 p.m. on Friday December 7, 2007 at the WICHMANN FUNERAL HOME, TRI COUNTY CHAPEL, 3212 South Oneida St., Menasha. Visitation will be from 3 p.m. until the time of services. A memorial is being established. Entombment will be in Riverside Cemetery, Appleton.