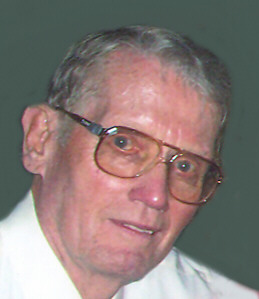 Harold W. Patterson, age 73, passed away at the Appleton Medical Center on Monday, January 21, 2008, following a fearless battle with cancer. Harold was born in Aurora, Illinois, on April 25, 1934, son of the late Earl E. and Gladys (Wilkerson) Patterson, Sr. He graduated from the Plainfield High School, and just a couple of years later moved to Madison. It was there that he met and married Louise Nelson. The couple wed in Madison on September 24, 1955. Harold soon took up the trades of flooring installation and trucking and worked in the Marshall and Sun Prairie areas until relocating to Eagle River in the late 1990's. In 2006, the couple relocated to the Valley in order to be closer to their children.

The funeral service for Harold will be held at 11:00 AM on Friday, January 25, 2008 at the Wichmann Funeral Home, 3212 S. Oneida Street in Appleton. Friends may call at the funeral home on Thursday from 4:00 until 8:00 PM and again Friday morning from 9:30 AM until the hour of the service. There will be a prayer service at the funeral home on Thursday evening at 7:30. A memorial fund is being established to assist the disabled in their enjoyment of the outdoors.

Harold will be remembered for his quick wit and his sense of humor which we all enjoyed over the years. Most of all, his zest for life defined him. He fought valiantly to beat his cancer. Although he lost that battle on Monday, everyone will remember his incredible inner strength, and how he never, ever complained about any obstacle that was placed before him.

Dad – we love you very much, and while we know that you are safe with Jesus, we will treasure the memories forever and will always miss you.