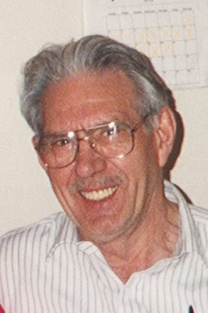 Harold V. Strauch, age 93, of Appleton, passed away at his home on Sunday, January 2, 2011. Harold was born on June 4, 1917, in Carter, Wisconsin, to the late Henry and Martha (Harris) Strauch. He married Elizabeth Bolina in 1940; she preceded him in death in 1991. Harold married Eileen Verhagen Hale on September 5, 1992, in Greenville. Survivors include his wife of 18 years, Eileen; his children, Robert Stutzman, Charles (Doris) Strauch, Vernon (Barbara) Strauch and Richard (Mary) Strauch; his step-children, Daniel (Luz) Hale, Mary (Philip) Conradt, Linda Hale (Burry Bondar), Susan (Mike) Brockman and John Hale; his brothers, Douglas Strauch, Arnold (Dee) Strauch and Henry (Beulah) Strauch; his sisters, Nola (Charles) Herger, Lucile Kassner Baker and Luella Deniske; and his brother and sister-in-law, Walter (Lorraine) Bisterfeldt. Harold is further survived by many grandchildren, great grandchildren, nieces and nephews. He was preceded in death by his brother, Melvin Strauch, his sisters Helen Brown and Selma Strauch, and his sisters-in-law, June Strauch, Joanne Strauch and Elsie Strauch. The Funeral Liturgy will be at 11:00 a.m. on Wednesday, January 5, 2011, at ST. BERNADETTE CATHOLIC CHURCH, 2331 E. Lourdes Drive, Appleton, with Fr. Donald Zuleger officiating. Friends may call at the Wichmann Funeral Home, Appleton, on Tuesday from 4:00 p.m. until 7:00 p.m. and directly at the church on Wednesday from 9:30 a.m. until the time of services. Interment will be in Highland Memorial Park, Appleton. The family would like to extend a sincere thank you to Dr. Jack Anderson, Dr. John Swanson, Julie CNA, Nurse Mary, Theda Care at Home, and Fr. Don Zuleger and Fr. David Kelly O.F.M. for their loving care.