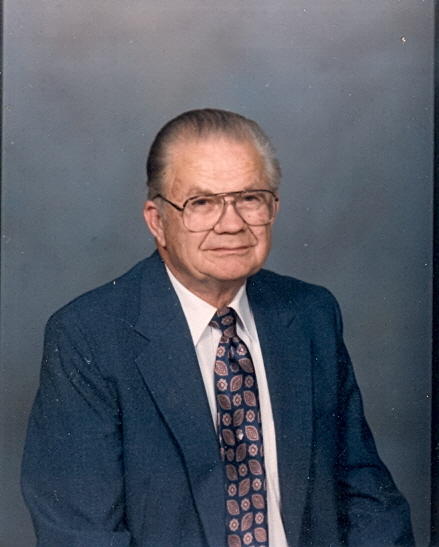 Harold Steinbach, 89, was called to the Lord's waiting arms on Sunday, November 17, 2013 at St. Elizabeth Hospital.

Harold was born on April 27, 1924 to Robert and Dorothy (Budtke) in Brillion. He served in the U.S. Navy during WWII earning the Asiatic-Pacific ribbon three stars, American Area Ribbon, Philippine Liberation Ribbon one star and the Victory Medal World War II. On October 20, 1945 he was united in marriage to Luella Jandrey in Brillion. Harold started his career as a machinist at Ariens Company and worked in the industry until his retirement as a salesman for Jordan Engineering. He was a jack of all trades and especially enjoyed woodworking making many special pieces of furniture with walnut wood. Harold also enjoyed playing cards. He was a faithful member of Trinity Ev. Lutheran Church and held many positions within the church and the Kaukauna VFW Post 3319 and Kaukauna Legion Post 41. Most of all he enjoyed spending time with his children and grandchildren and those times will always be treasured.

The Christian Funeral Service for Harold will be held on Thursday, November 21, 2013 at 11:00 AM at TRINITY EV. LUTHERAN CHURCH, 804 Grignon St. Kaukauna with Pastor Karl Schultz officiating. Entombment will be in the Highland Memorial Park. A time of visitation will be held on Wednesday, November 20, 2013 from 4:00 PM until 8:00 PM at the Fargo Funeral home and on Thursday from 10:00 AM until the time of the service at the church.

The family would like to thank Pastor Schultz, the staff at St. Elizabeth ICU and Dr. Baum for everything they did at this difficult time. In lieu of flowers memorials may be made to the Trinity Ev. Lutheran Organ Fund. Online condolences may be expressed at www.wichmannfargo.com.